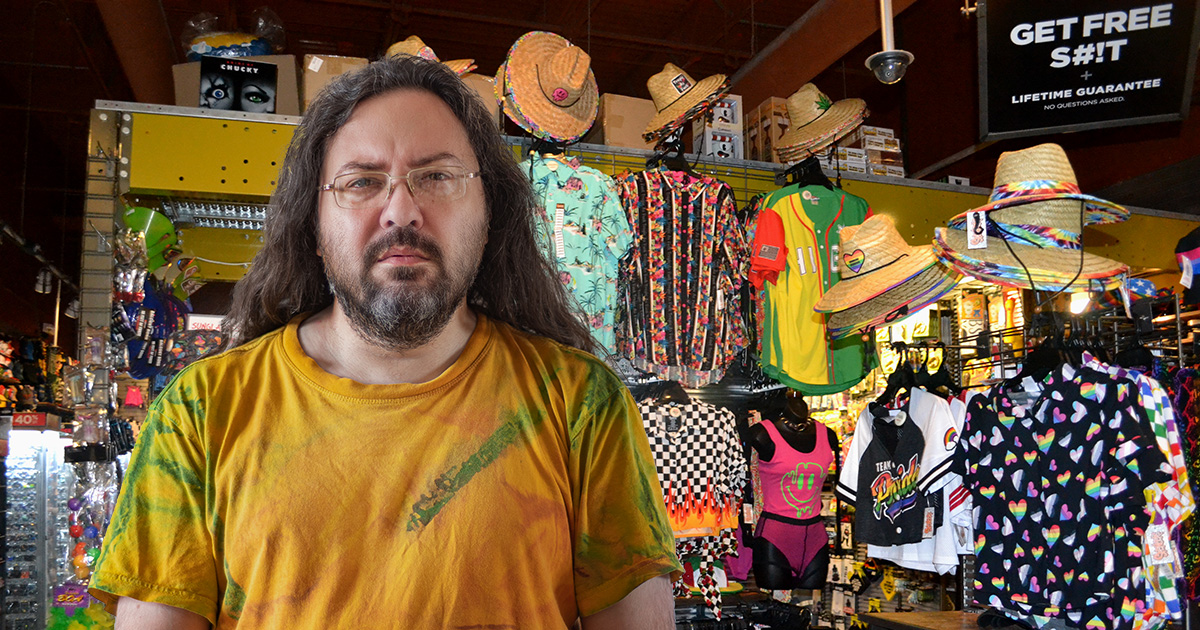 BOSTON — Local 39-year-old Tool fan Mark Gibson spent his entire shift last Wednesday angry at the fact that a genius of his magnitude was working at a Hot Topic location, bemused sources confirmed.

“I should not be working here with my qualifications and intellect,” said Gibson while restocking a rack of spiked bracelets. “I can name any Tool song from any album by just listening to the first 10 seconds of the song, and I could even name it backwards. I’m the only guy in this entire mall that can see Danny Carey is a polyrhythmic genius on the drums; he definitely has that black magic shit on his side. The other guys are right on his level. Justin Chancellor is like the Jimi Hendrix of bass. Adam Jones is a subtle virtuoso like Van Gogh. Then you’ve got Maynard, who’s the modern-day Voltaire.”

Gibson’s mother, Barbara, has had her high hopes for her son dashed by his obsession with Tool.

“Mark has always been an underachiever. I can still remember the day he brought home this CD that had awful pig noises on it and then he started ranting about the Fibonacci Sequence and Carl Jung at family dinners. We figured these new interests would make him want to actually go to college, but all it amounted to was a distrust of everything around him,” said the mother of three. “I can’t stand the pretentious crap that Clive and I have to hear at the dinner table when he visits us every weekend. Last week he told us all about how Tool dedicated an album to Bill Hicks and then he tried a 15-minute stand up routine. The last thing he needs is to quit this job of his.”

Northeastern Hot Topic Franchise Overseer Raymond Locklear maintains that Hot Topic employees who listen to Tool do not lord over their coworkers.

“We hear time and time again of Hot Topic employees who are obsessed with Tool bringing down morale by declaring that they want to see the whole place flushed away,” said Locklear. “We encourage store managers to calm them down by letting them work in the back, where they can let their ‘elite’ thoughts roam, as opposed to insulting every customer on the sales floor.”

At press time, Gibson was waiting for Reddit’s r/ToolBand to load on his phone in the employee bathroom so that he could discuss the merits of the Parabol/Parabola song transition.