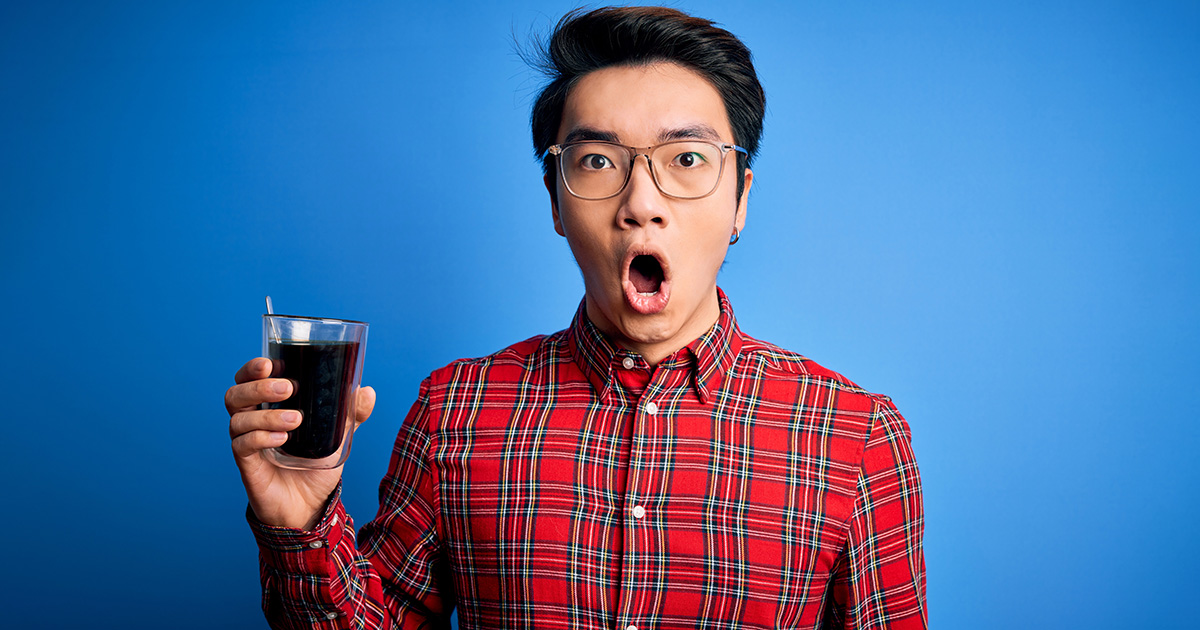 NEW HAVEN, Conn. — Local man Trevor Good blamed his morning coffee habit for the constant nervous chatter in his head and anxious feeling in his body despite having gotten blackout drunk on a nightly basis since he was 17, increasingly worried sources confirmed.

“I’m not sure why I’ve been feeling so finicky lately when my morning routine hasn’t changed at all — I roll off my couch or wherever, chew a couple Tylenol, and scroll through my phone to see if I texted anyone I maybe shouldn’t have, just like I’ve done for the last 20 years,” said a visibly shaky Good. “I used to just need a cup or two in the morning, but lately I sometimes have a couple more shots in the afternoon just to get me over that hump and into the evening, but then I start losing track of long stretches of time, which is super weird. They’ve really got to put a warning label on some of these coffee drinks.”

Those who regularly come into contact with Good reported not being confused whatsoever about the actual source of his anxiety.

“Trevor is normally here around 7:50 most mornings, obviously still drunk,” said Beth McKinney, a barista at the Live Oaks Café. “He gets his cold brew, pounds it in one or two gulps, immediately throws up in our bathroom, and gets a double espresso shot to go before leaving for work. He always says the onion bagel he gets is to ‘soak up’ the caffeine, but I’m pretty sure it’s the only thing he’s willing to do to cover up the smell of Mr. Boston on his breath.”

“He’s stuck here until five doing busy work even though he’s out of work by noon, so who am I to judge how bloodshot his eyes are in the morning, or how shaky he is before his fifth coffee break?” said Jimenez. “The kid spent god knows how much on an engineering degree and he’s stuck working at this shithole. This place doesn’t even have windows. All he’s got going for him is a possible shot at middle management, which would make me want to shotgun a bottle of Listerine before heading to the office every morning.”

At press time, Good was seen rushing into the café around lunch time, then immediately exiting after seeing his friends waiting to stage an intervention.