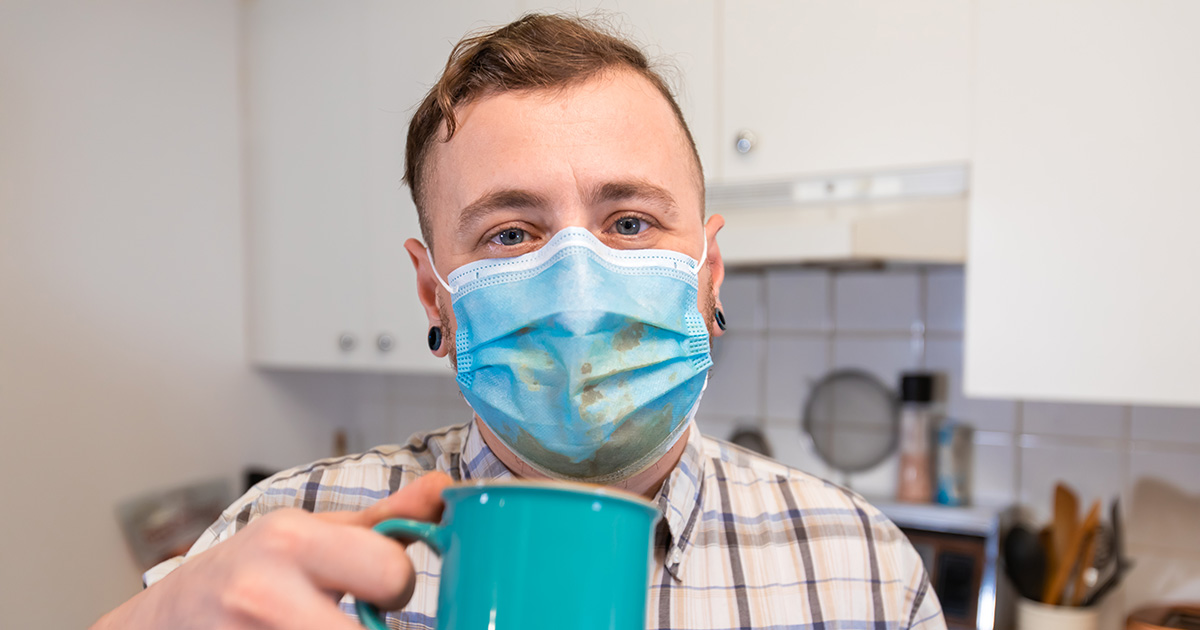 “I’d be pretty surprised if anybody could tell,” Thurman stated through a ketchup and possibly curry-stained mask. “It’s like this pandemic may have changed our lives forever, but I found the silver lining. No need to call me brave, I’m no hero. I’m just doing what anybody else would in the same situation, even if no one else will admit to doing so when asked.”

Several diners at a local Arby’s say they could tell Thurman “was up to something” and acting erratically.

“That young man was huddled over in his booth eating a sandwich like some sort of goblin. In between bites his eyes would dart back and forth before putting his mask on and extensively ‘adjusting’ it,” said Margery Jenkins, active AARP member and local Arby’s enthusiast. “I may have poor eyesight at this age, but even I knew what that boy was doing. That one can ‘adjust’ his mask all he wants, but Jesus knows what he’s up to.”

Coworkers at first hesitated to acknowledge association with Thurman, but reluctantly corroborated these accounts and added further unsettling details.

“Yeah, it’s super obvious. He’ll come back from lunch with relish sprayed all over his mask and he’s always like, ‘I just sneezed, quit asking about it,’” said Mike Stevens, Thurman’s supervisor at a local record store. “Even if he was able to fool anybody, he won’t stop talking about it. He’s always like ‘hey Mike want to know a little secret?’ Like, no dude. Then he keeps saying ‘no need to thank me’ after telling me anyway. What the hell is wrong with that guy? We have free napkins in the break room.”

At press time, Thurman divulged “another secret to share with the world,” explaining that he had escalated to keeping little snacks stashed away in his mask for later.