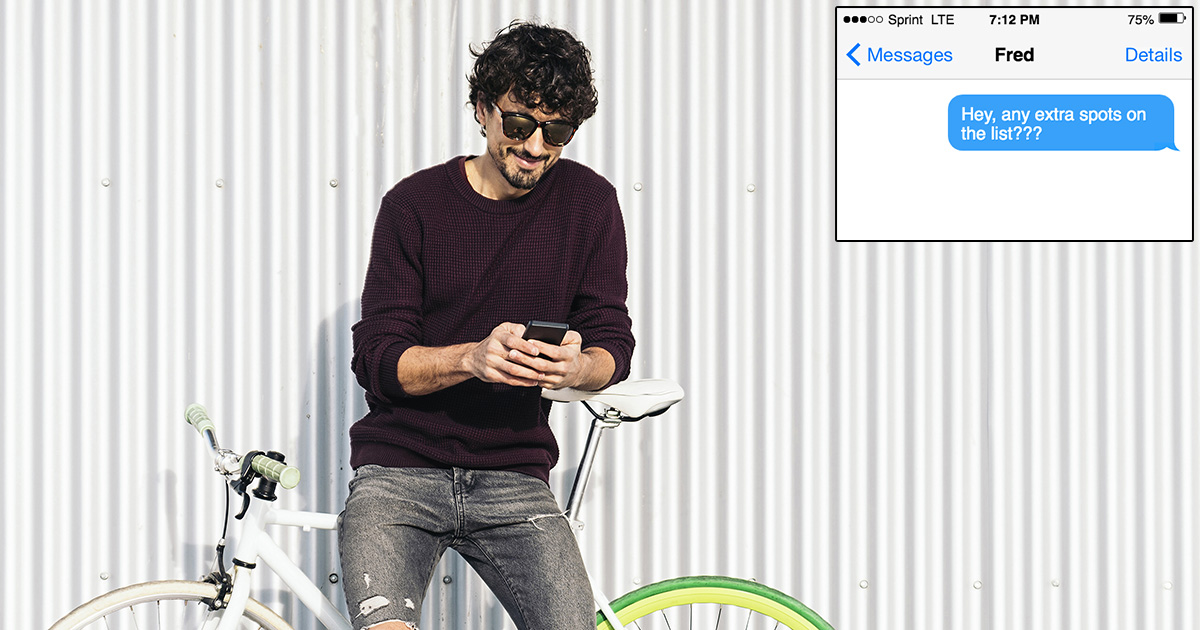 FORT WAYNE, Ind. — A friend whom you haven’t spoken to, texted, or shared an Instagram exchange with in the past 15 months put you in a strange position when they asked to be added to your band’s guest list, you confirmed with a sigh.

“I’m justified in being annoyed by this, right? He just launched into it with the ‘you got any spots on the list tonight?’ He could have at least tried to preheat the oven a little and start a conversation with me,” you said just five minutes before driving to the venue. “He didn’t send me a text when my cat died, or congratulate me about getting into grad school. The last time we talked was when I got him backstage at a show before the pandemic. And even then, he was complaining that the beer wasn’t cold enough.”

Your friend believes he’s justified in asking for a free ticket to the show.

“Man, me and the big guy go way back to like, 2017. I think getting me into the show is the least he can do for an old friend. I’m not just going to show up and be a freeloader, I’ll stand off to the side of the stage for most of the set and nod along to the songs,” said the friend who obviously couldn’t remember your actual name. “And if he could throw me a couple free shirts from the merch table that would be cool. I’m sort of in between a medium and a large so it would be best if I get both sizes. Walking around in that shirt is a free advertisement, so it’s worth it for him.”

Therapists around the country have noted an uptick in their musician clients trying to work through issues with their casual relationships.

“Less than five months ago most musicians were worried that they would never be able to play live again. Now their biggest concern is having every single one of their contacts hitting them up asking for free admission to their music gigs,” said Dr. Edward Santos. “I try to remind my clients that they don’t owe these people anything. I can’t tell you how often my friends will call me up and make a bit of small talk before transitioning into issues they’re having with their parents. Everyone wants something for free.”

You were further discouraged when you got over two dozen texts at the exact same time from friends saying “Hey, can’t make it out tonight, have fun though.”