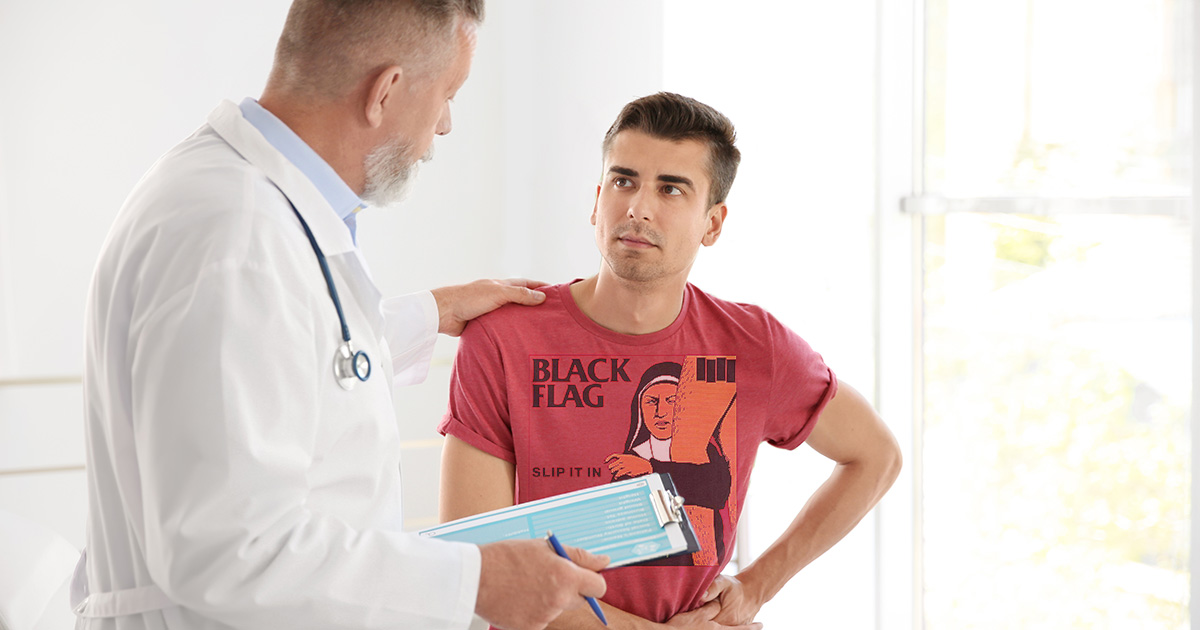 “I may not be able to drink like I used to, but there’s no way I’m gonna admit it to this egghead in a white jacket with his fancy stethoscope. Shit, I bet I could still drink him under the table; you know, as long as I ate a decent lunch and make sure to take my acid reflux medicine,” explained Drearer. “Sure, my cholesterol may be a little higher than in my twenties and I can’t really stay awake past ten o’clock anymore, but goddamnit I can still fuck shit up. Oh, but don’t tell my wife I swore. Since my son turned three years old, ‘f-bombs’ are a no no in our house.”

“I’ve been Mr. Drearer’s family doctor for several years now, and his health has actually improved substantially over that time. Which is why I thought it was so odd that he insisted he can drink at least five Jaeger bombs in an hour. At his age, that’s a three-day hangover, minimum,” said Hoitzman. “Of course I know people lie about how much they drink all the time, and it doesn’t make any sense. I’m not here to judge, I’m here to let you know that if you continue to drink a handle of economy-brand scotch every night, then you are going to die very soon.”

Abby Thorpe, statistician for the National Institute on Alcohol Abuse and Alcoholism, informed on a recent trend NIAAA has recognized among aging punks.

“A while back we noticed that fewer and fewer punks were dying young despite professing their intent to do so. When we launched a case study into the matter, we realized that punk drinking tends to drop off precipitously around the age of thirty-three, the year most punks decide to give business school another shot,” Thorpe related. “When we looked into it further, we found out that alcohol preference also shifts, with many old punks preferring a small glass of chardonnay as opposed to the more traditional beer bong full of OE.”

Drearer is currently recovering after he confirmed that the blood pressure medication he was prescribed is “some pretty hardcore stuff.”