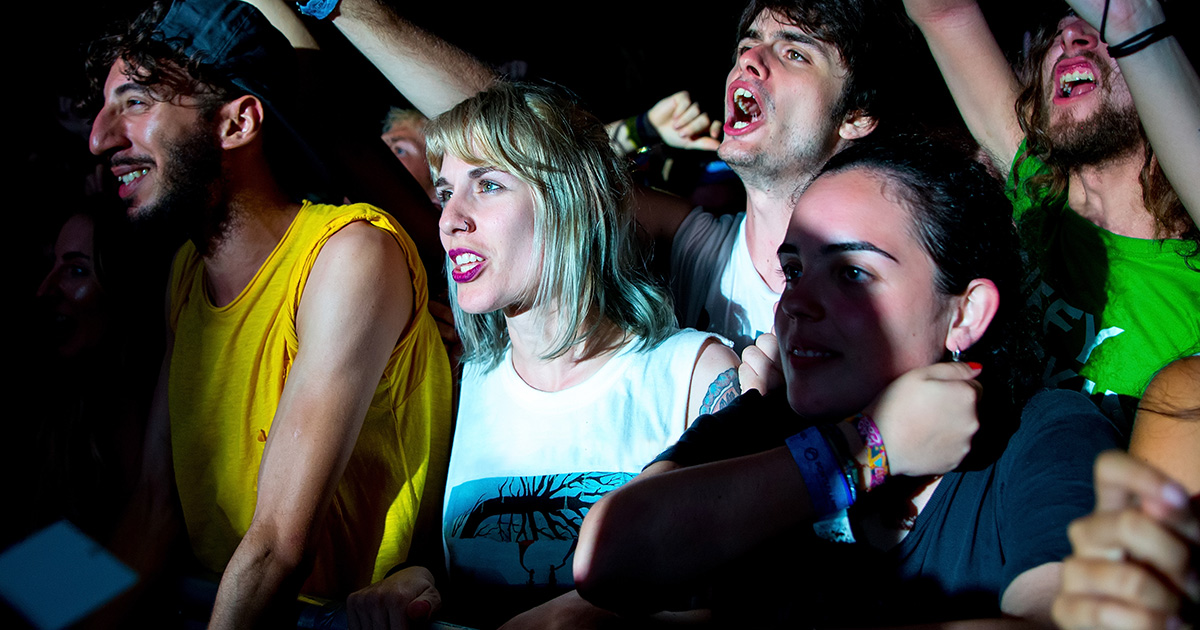 SEATTLE — Overambitious elder millennial Janine Angler was released from the hospital yesterday and is expected to make a full recovery after standing at the very front of a recent hardcore show at the El Corazon venue, witnesses who had warned her of the potential repercussions beforehand confirmed.

“And to think I almost stood in the back, but didn’t want to look like an idiot,” said Angler before choosing on her own to eat a spoonful of Kasha. “I mean, in my eyes I’m just as youthful as ever if you don’t count the chronic back pain, sensitive digestive system, and an inability to stay up past 10 p.m. anymore. No one tells you when you’re younger that at some point your body just can’t handle violent social rituals like it used to. I guess I’ll just have to continue to learn through trial and error, and denial, and then more error.”

“Several of the wounds Ms. Angler sustained actually seemed to happen all on their own and she even blacked out from the stress at some point,” said Dr. Julia Weingartner. “We’ve seen this sort of thing before in people her age, where the body just kind of gives out at events they used to treasure. We can’t really explain this phenomenon either. All I know is that she’s got some work cut out for her to get back to full strength, but even a full recovery won’t take away the fact that she’s not 22 years old anymore. Or even 32, for that matter.”

Experts noted the signs and symptoms that aging millennials need to watch out for when planning to attend shows.

“A large majority of people who are in their mid-to-late 30s don’t think aging is going to affect them,” said health expert Carrie Krimpshen. “Then one day you see a gray hair here and a wrinkle there, and all the sudden you start finding yourself driving across town to go to the nice Albertson’s. That’s when you know it’s time to phone it in and just ride out the rest of your days in the very back of shows checking your phone to figure how much longer you have until you can go home. It comes for us all.”

At press time, Angler had indeed made a full recovery, but reinjured herself after attempting to pull a double ollie, which is something she evidently couldn’t even do when she was younger.