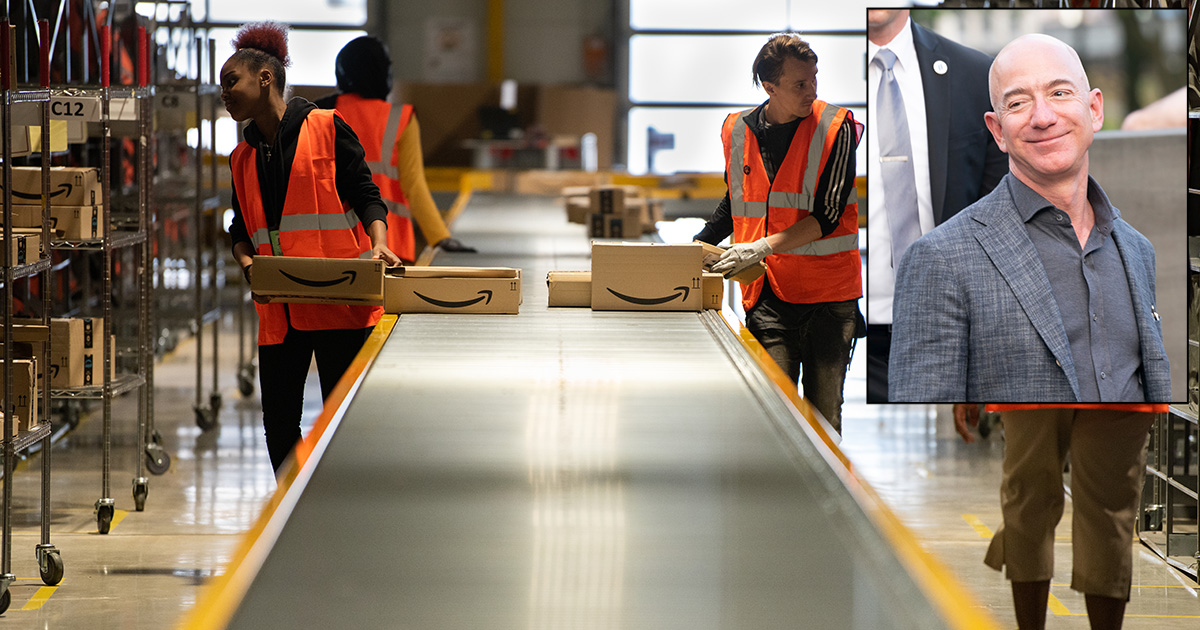 NEW YORK — Local Amazon employee Jeff Baxter developed a plan to finally use the bathroom at work after reading Jeff Bezos will soon be launched into space, fellow sources who can’t hold it any longer confirmed.

“Cats away, the mice will play, if you follow me,” explained Baxter with his legs tightly crossed, yet still running full speed in order to fulfill orders. “It’s not just the bathroom breaks, either. Bezos made rules about how many times you’re allowed to blink or inhale and exhale during a shift. The higher-ups got really into limiting our breathing, probably so they could say Amazon was doing something to limit the risk of Coronavirus transmission in the workplace, but really it was part of some oxygen deprivation experiment to test how much Jeff would be able to charge for air in a few years. Anyway, with him in space we’ll no longer have to fear getting fired for making eye contact with co-workers, using our human names with each other, or for succumbing to urinary incontinence. Revolution now!”

“But I don’t know if those warehouse toilets have ever been flushed. I hope they work,” added a trepidatious Baxter.

Labor activists said this could be a watershed moment for workers trying to resist the iron-fisted rule of the world’s most ruthless same-day shipper.

“This could be a major catalyst for change. Normalizing bathroom breaks could really empower Amazon’s workforce,” said civil rights lawyer Christina Stephens. “Amazon values keeping their employees out of the bathroom so much that they developed a metric to track it. You may have heard of ‘T.O.T,’ or ‘time off task,’ but with Bezos what it actually means ‘time off toilet.’ And I’ve represented so many fulfillment center employees who just wanted to sue for a bathroom pass. Amazon typically offers to settle those lawsuits for six free months of Amazon Prime. Assholes.”

“Wait, are you telling me Bezos put his servants in warehouses that actually have bathrooms? Where they can see them? What kind of operation is that little cuck running, anyway?” said Musk while firing a gun at photos of Gavin Newsom. “But I guess this is the same guy who lets his ex-wife give away all his money. Next you’ll tell me Blue Origin facilities have First Aid Kits. No wonder SpaceX gets all the government contracts lolz.”

At press time, Amazon managers were discussing what to charge employees for toilet paper.