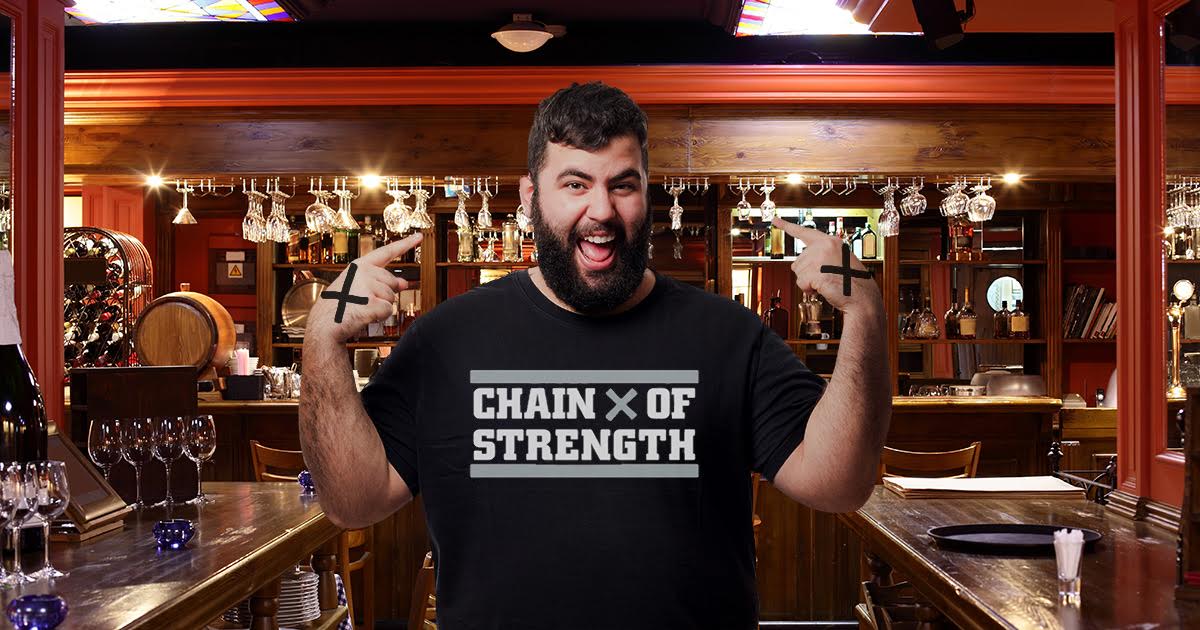 OLYMPIA, Wash. — Local straight edge 22-year-old Niki Mishtia once again proved that he is perfectly capable of acting like a moron without using alcohol as a crutch, amazed onlookers reported.

“I don’t need drugs or alcohol to live a fulfilling life of poor choices,” bragged Mishtia minutes before stapling his scrotum to a coffee table. “Honestly, it’s sad. You see so many people that need to get obliterated on cocaine cut with baby powder and cheap vodka that gives them a rash before they can even consider breaking something over their head. See this scar on my forehead? I got blind stinking sober off one of those fancy glass water bottles. It took me three or four times to break the thing on my head, but when I did, you better believe I was present enough to experience the head trauma.”

21-year-old Benny Barthwalp is one of many aspiring straight edge morons enchanted by Mishtia’s wondrous ability.

“Niki is a prodigy when it comes to being a complete dumbass maniac,” gushed Barthwalp between attempts to eat glass “like David Blaine.” “I’ve seen guys snort baking soda and vinegar, get stick-and-pokes of their bad report card, even ride grocery carts on the freeway! But all of them were on a cocktail of chemicals strong enough to kill a small horse. Niki has done all this and more, and the only juice he’s taking is Ocean Spray Cran-Grape.”

Mishtia’s behavior, while eye-catching, is not as unique as one might think, asserted Evergreen State College Sociologist Dr. Brenda Bradenda.

“My research shows that straight edge people don’t get enough credit when it comes to being degenerates,” said Dr. Bradenda. “In research for my doctoral thesis, I observed two mice at a hardcore show. I gave the first mouse a steady drip of fentanyl-laced PBR and the second mouse a childhood of abusive, alcoholic parents. I’m sure it won’t surprise you that the second mouse had an aversion to drugs and alcohol, but, even sober, its abusive parents filled it up with so much anger that it invariably started fights at these shows. The first mouse, on the other hand, never started a single fight because, more often than not, it was dead.”

Mishtia, who is also vegan, continued to surprise onlookers by eating a dangerously unhealthy mixture of Oreos and Skittles as his only source of food for the last two weeks.