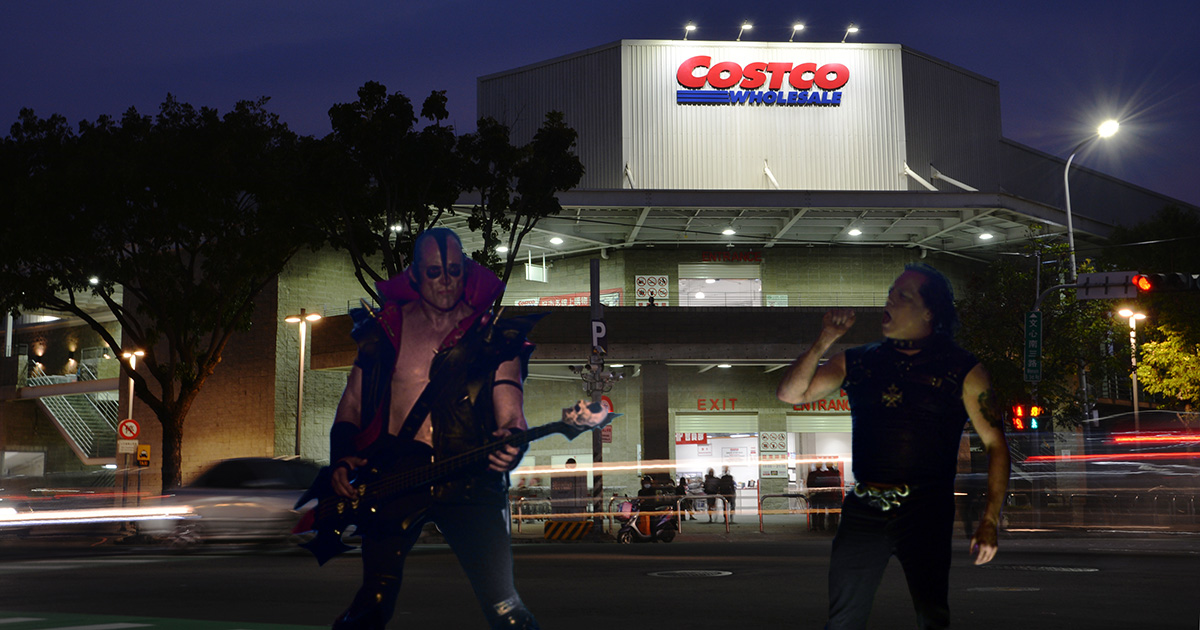 LOS ANGELES — Fans of the Misfits were thrilled yesterday as the original lineup of the highly influential punk band reunited to verbally harass a manager at a local Costco, confused shoppers confirmed.

“I couldn’t believe it. I’m just grocery shopping, and then suddenly there’s Danzig laying into this poor guy about how he’s not a sheep and won’t wear the mask. It was amazing,” said Misfits fan Phoebe Cook, who was present for the spontaneous reunion. “Before I could even snap a picture, Jerry Only was in the mix, complaining about his debit card getting declined. And then maybe I should play the lotto today, because I’ll be goddamned if Doyle didn’t show up a second later screaming about the bad wheel on his shopping cart. It was insane. I didn’t make it to Chicago to see them at Riot Fest, but at least I got to see them all yell at the Costco worker today.”

Glenn Danzig, frontman for the iconic band, addressed the rumors that this was a planned event.

“This was just a spur-of-the-moment thing,” said Danzig while loading a 500-ounce box of Franken Berry into a custom Scion. “Yeah, it felt great to all be together again, really bringing down the house, but by no means are we taking this act on the road. There are plenty of Costcos, or even Sam’s Clubs, that would love to have us come and make their store greeter cry. But no, I need to focus on my next project. My Elvis covers album was such a hit that I decided to start writing original Elvis songs and performing them as the King himself.”

The Costco employee tasked with getting the Misfits to leave the store confirmed that the unit had an undeniable rapport.

“I’ve escorted a lot of angry men from this store, but these guys were something different,” said Don Gilbert, a 21-year-old completely unfamiliar with the band. “They really had great chemistry. Their complaints were similar to so many complaints I’ve heard before, but they just brought such passion and personality to them. I did see some infighting when they were in the parking lot; the short one kept saying the tall, ghoulish looking dude still owes him a Subway sandwich, but I left them to settle it on their own. I clock out of here in 10 minutes.”

As of press time, Michale Graves was spotted at the Costco asking for a job application.