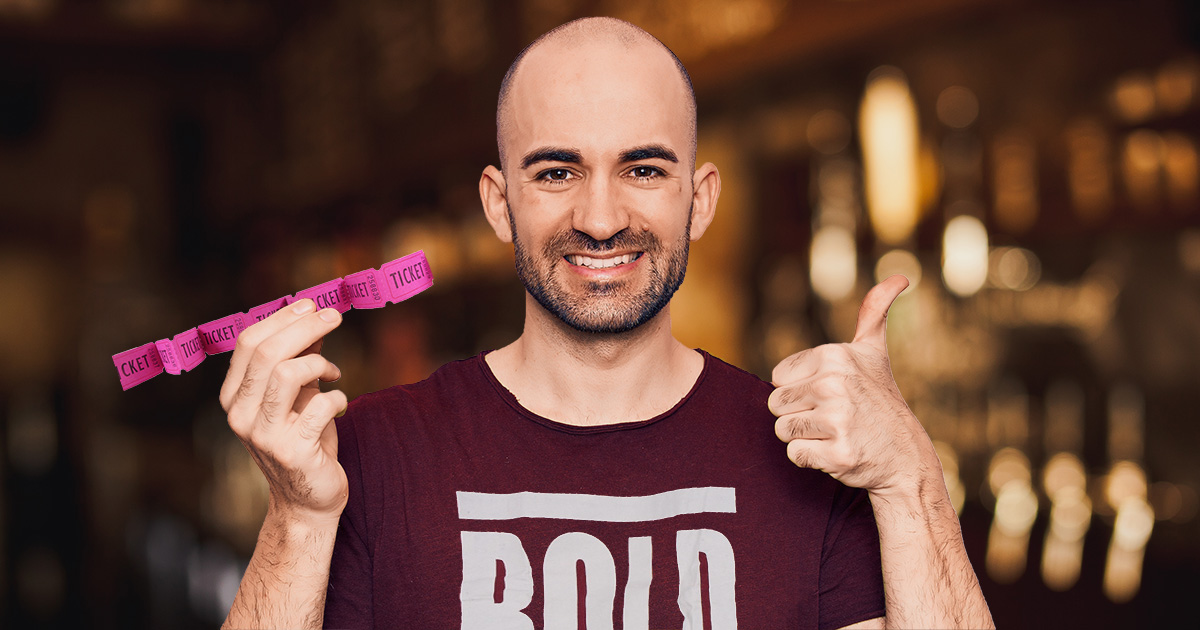 CHICAGO — Local punk Jacob Brown found his net worth has skyrocketed now that drink tickets are redeemable again at reopened venues across the city, sources close to the free-drink-rich man confirmed.

“Things were a bit touch and go there for a while, but I knew all I had to do was hold the line and these babies would be worth their weight in Pabst,” exclaimed Brown while clutching several repurposed raffle tickets. “People kept telling me things like ‘they’re worthless’ and ‘the rent is overdue’ and ‘please, I’m begging you to get a job’ but I knew that they were just haters who didn’t believe in what I was doing here. These things don’t depreciate in value like regular forms of currency, but most financial advisors completely ignore drink tickets as a means to build long term wealth.”

“He’s been like this for the whole pandemic,” sighed an exasperated King. “At first I thought it was kind of endearing. Like, he’d show me graphs and tell me how we were going to the moon or some shit. It took me a couple of months to realize that his ‘portfolio’ was a bunch of paper scraps left over from when he opened a couple of local shows. Now for date nights he only brings me to the same shitty bar, as if I don’t remember being the only audience member the last time they played there. I will say the place is nicer when it hasn’t been emptied out by live music, though.”

Local bartenders are also frustrated with Brown’s flaunting of his newly found wealth.

“He just comes in here and constantly orders our cheapest, shittiest beers and gets a smug look on his face when he pulls out yet another drink ticket from 2019,” complained bartender Shane Collins. “Normally I don’t mind people cashing these in, but I’m pretty sure they’ve been in his pants pocket for the entire pandemic. This guy doesn’t even tip, and the worst part of it all is that I’m pretty sure most of these tickets aren’t even for this bar. I make a point of watering his beers down so he’s probably never been more hydrated in his life!”

Despite boasting about his recent financial success, at press time Brown was seen borrowing five dollars from his girlfriend for what he fraudulently claimed will be the last time.