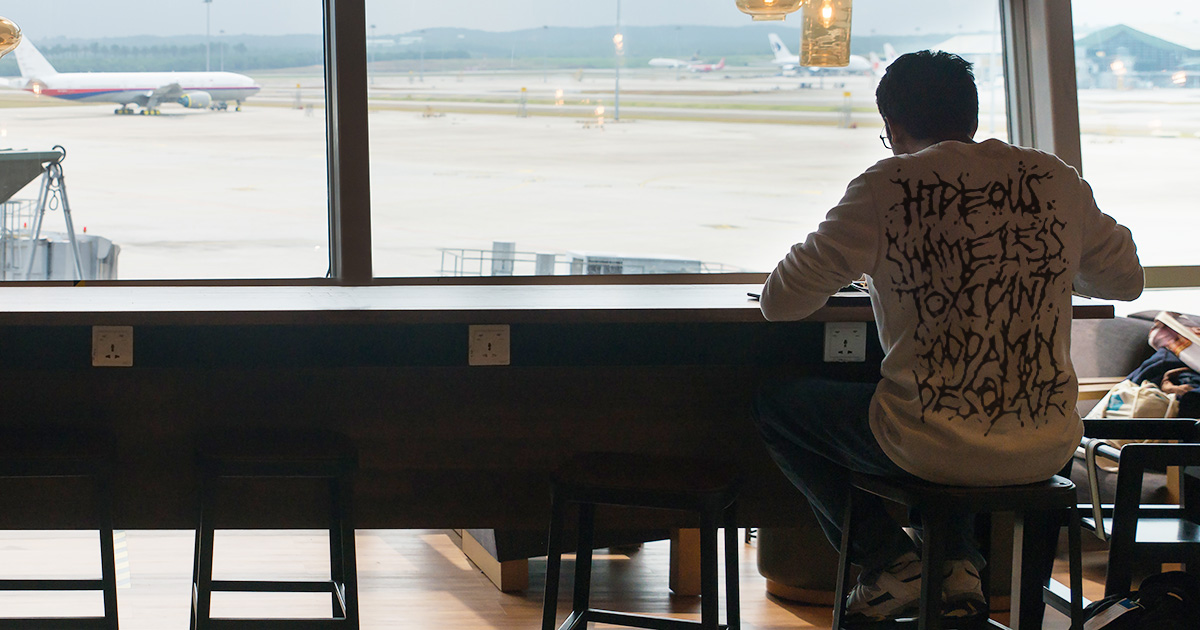 “When Ty — he said all his friends call him that — walked up to the bar, I braced myself for him to loudly ask to change the radio to Sirius XM’s Liquid Metal and slam some Jäger or something, but nope, he was a true gentlemen,” recounted bartender Dawn Everly, who was especially taken aback when he ordered a rather expensive Chablis. “Now, the other people at the bar? Total fucking animals. One woman had a shirt that said ‘Defund the Media’ and yelled ‘how hard is your job?!’ when I placed her husband’s Blue Moon in front of her instead of him. I hope she gets shingles. And that her kids join the DSA.”

Cobb is a longstanding fan of Cattle Decapitation and other technical death metal bands. He frequently travels while wearing their merch, surprising and delighting people who cross his path.

“I understand that some people might find the artwork of metal bands off-putting, but I find a captivating beauty in the intricate details,” explained Cobb, who gladly zips up a hoodie over his shirt if young children are around. “And there is nothing I like more during a day of travel than stopping by a bar for a nice white. While I typically opt for a buttery chardonnay, I was in the mood for something a bit tangier in Charlotte. The bartender seemed to be a bit stressed out, so I tipped a little extra.”

Members of Cattle Decapitation appreciate the way Cobb and other fans represent the band and their community during travels.

“Our most diehard fans come from distinguished and illustrious careers the world over, such as museum curators, preschool teachers, and caviar experts,” explained Cattle Decapitation vocalist Travis Ryan. “I’m not at all surprised that they display a magnificent amount of decorum and respect with the rest of the world. But don’t get us wrong, even if our fans mind their P’s and Q’s, they still fuck shit up in the pit. Anything goes during our breakdowns, and you can always expect to see at least a little blood, regardless of how many elevators they hold open for someone running down a hallway in their spare time.”

Cobb continued to shatter the world’s expectations by appearing as a contestant on Jeopardy while wearing a Pig Destroyer T-shirt.