Years Of Self-Love And Therapy Undone By Momentary Glance In Mirror At 3 A.M. 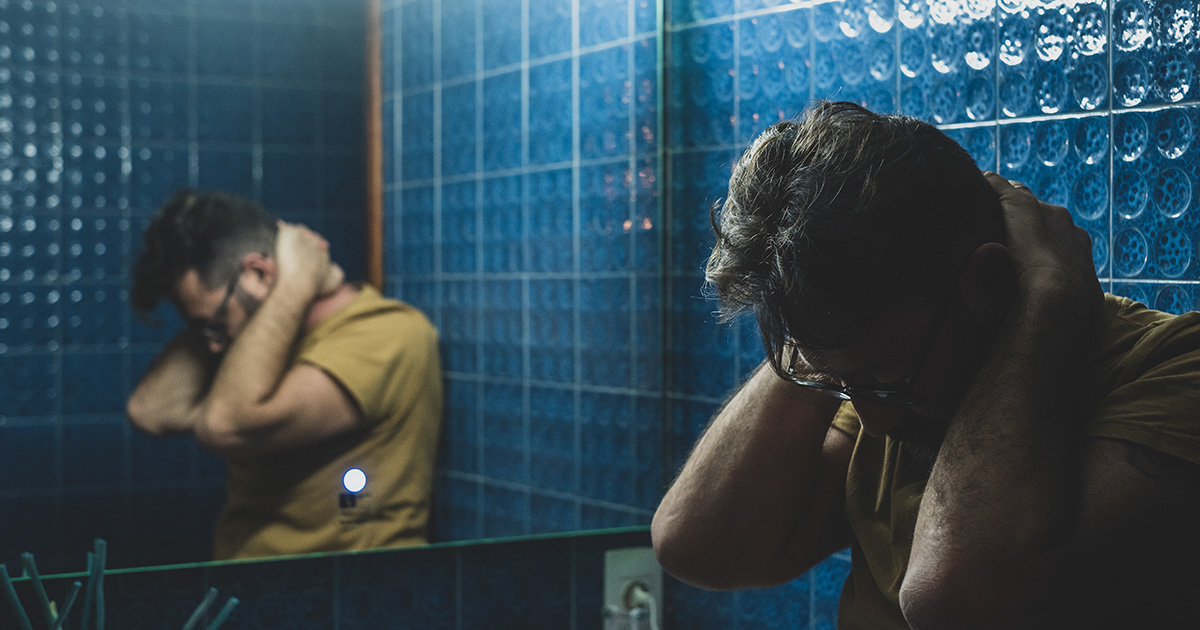 PHILADELPHIA — Shiko Dikaoni fell to pieces after glimpsing their reflection in the mirror in the middle of the night when getting up to pee despite years of positive affirmations and putting in the work, sources who can totally sympathize reported.

“I really thought I was past this,” lamented Dikaoni while exploring whether happiness is at the bottom of a pint of Cherry Garcia. “I’ve been seeing a therapist, working out, and exclusively listening to Lizzo. Then I catch my reflection in the mirror and it’s like, ‘I’ll always be a failure because I’m too much of a coward to follow my stupid dreams which are dumb anyway.’ Now it’s all I can do to muster the courage to lay on the cool tiles in front of the fridge on the kitchen floor until it’s time to go to bed.”

“Shiko’s just, like, in it now, ya know?” empathized Echbo while sipping mint tea on his meditation cushion under a weighted blanket and listening to Ahmad Jamal. “Once I saw my reflection in a pond, and spent three days deep in the abyss of ‘I didn’t ask to be born. Who thought they were doing me a favor by thrusting me into an existence where there’s so much credit card debt?’ But I’m proud to say that, thanks to a steady stream of Shel Silverstein and muscle relaxers, I can keep it together for hours at a time, as long as I don’t need to shave or brush my teeth!”

Clinical psychologist Dr. Erkan Helfzich was skeptical about the efficacy of such anxiety treatments.

“There’s no evidence that any sentient being can stand more than a few seconds of looking into their own eyes,” lectured Dr. Helfzich to a reporter who was hoping for better news. “Preliminary results of a promising study from Oxford show that bonobos can withstand up to 36 seconds of their own reflection if scientists stimulate the part of the brain associated with bowling a 300 while administering a heavy dose of MDMA. But I remind you, this is just a preliminary study. For now, my professional opinion is that the best thing anyone can do for their mental health is to smash all of their mirrors in the bottom of the Grand Canyon.”

When asked for further comment, Dikaoni reported feeling much better following mouthfuls of vodka and sesame chicken, but then burst into tears upon hearing “Somewhere Over The Rainbow” in a car commercial.