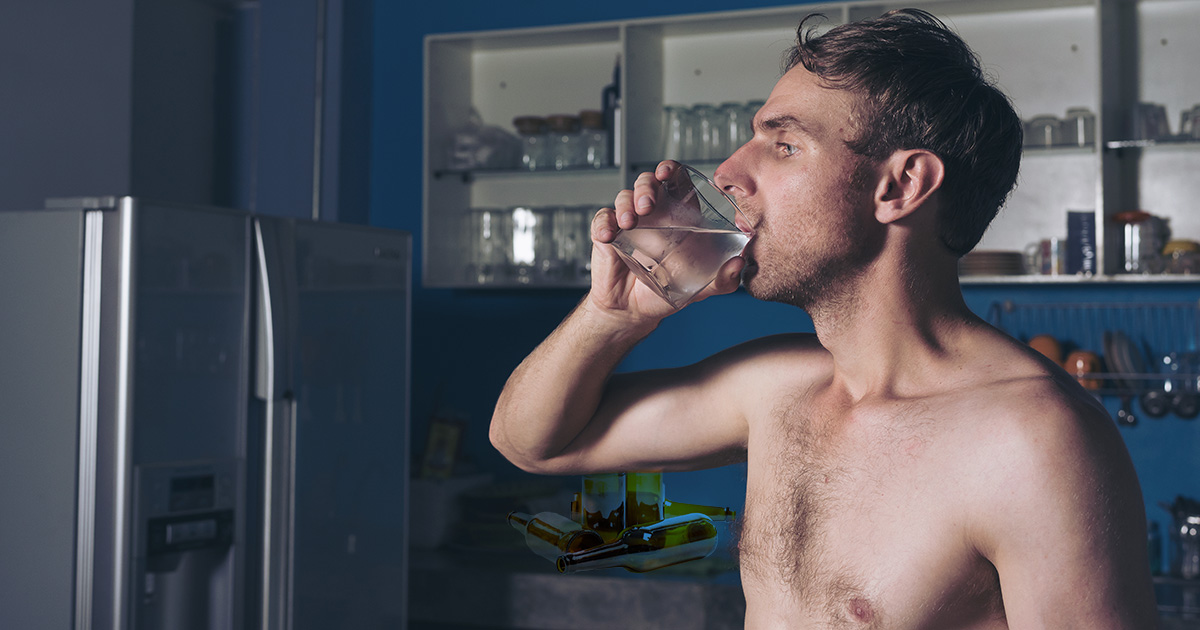 PATCHOGUE, N.Y. — Local inebriated man Kevin Donaghue drank a few sips of water before bed moments ago in an effort to dilute the many beers he crushed all evening, according to fellow dehydrated sources.

“It’s a little trick I learned in college as a last-ditch attempt to avoid a nasty hangover the next day,” said Donaghue while taking his third and final sip of water before dumping out the rest of his glass into the sink and whispering “yuck” to himself. “And it even works almost some of the time, too. I just hate the taste of nothingness water brings to the table — I much prefer the refreshingly hoppy and galvanized pipe-like flavor of an IPA. Besides, your body is made up of 98% water anyway. How much more could it possibly need? Pretty sure my body can sort out this rehydration shit on its own.”

“Outside of those three sips of water after a full night of boozing, I never see him hydrate,” said roomie Connie Bradberry. “He even pounds each sip as if they were shots of whiskey for some reason… almost like he even hates the motions of drinking water. Honestly, he should be more like me, and drink one glass of water every few days. It’s amazing how much better I feel after that glass. I’d like to drink more, but I heard that if you have more than one glass, you can actually drown your organs.”

“Almost all Americans are just walking around borderline dehydrated and on the edge of death most of the time,” said highly concerned physician Julia Pepperjack. “Alcohol essentially accelerates your body’s drought response and gives you a hangover as revenge for punishing your internal organs with noxious poison. And there’s a lot of misinformation about what constitutes water, too: we shockingly get a ton of patients who count drinking soda with lots of ice or even White Claw as hydrating, because according to them, ‘It’s technically seltzer.’ If you absolutely have to get your H2O from alcohol-based beverages, might as well go with a Coors Light. That’s pretty much all water anyway.”

At press time, Donaghue had awoken with a devastating hangover, but decided to treat it with more alcohol. “Water would only make matters worse,” Donaghue said. “Trust me.”