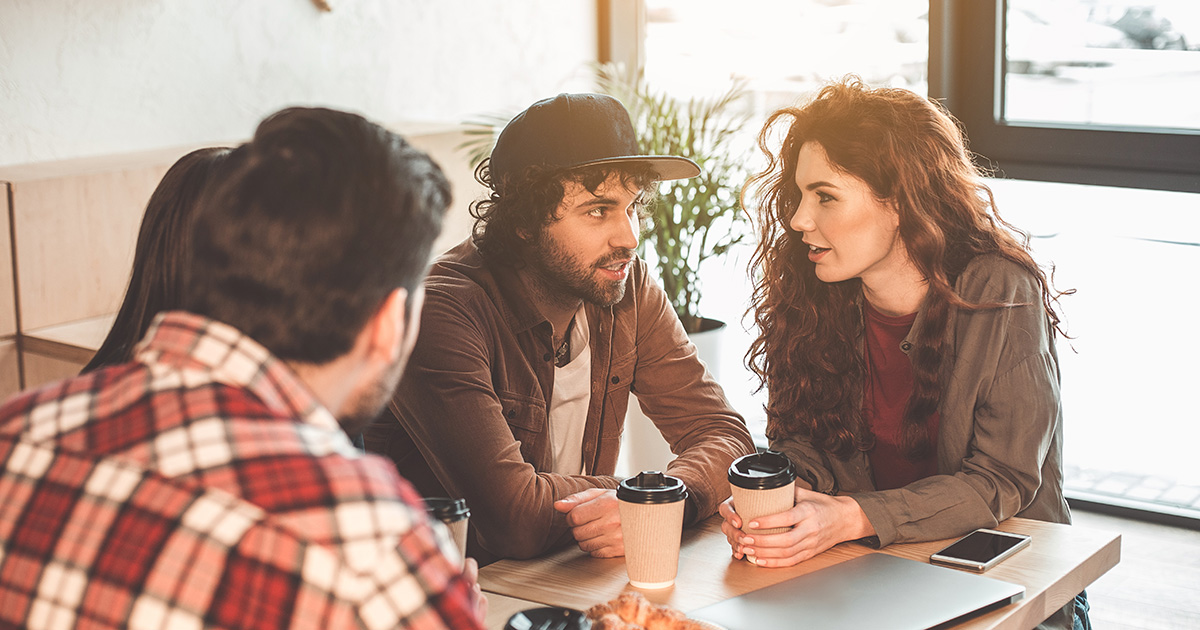 BLOOMINGTON, Ind. — Multiple references to new couple Darius Mastrogiovanni and Sam Padgett’s disgustingly raunchy sex life were skillfully and politely ignored while out at lunch with friends this afternoon, according to curious sources.

“We know they’re into kinky shit, and honestly who isn’t a little curious to hear about assplay and nipple torture routines,” said longtime friend of Mastrogiovanni, Ryan Pereira, while politely laughing off the first two of six casual remarks about being choked during the outing. “It’s great they’re comfortable to try things with each other, but it can be a bit much sometimes. I’m not sure how or why asking the table if they want to share a plate of nachos seems like the right time for Darius to mention how Sam ‘ate a bigger mess than that this morning,’ but whatever.”

Friends confirmed that the pair’s “subtle” references are anything but, and are frustrated by the attention they’ve been calling to themselves.

“At first it started out innocently enough, spanking innuendo and whatnot, but it’s gotten to the point where we can’t do or say anything without them raising their brows and smiling all weird. We basically can’t sit or stand near each other, or do anything that involves being around liquids of any kind,” mutual friend Kat Abrams said while shifting in her seat. “Like they’re the only people in the world who hog-tie each other and then get all oiled up and then she wants him to slap her feet with his belt until she has to yell out ‘Albuquerque!’ or whatever their safe word is, anyway? Like, get over yourself.”

Padgett claims that, while the couple is comfortable in their sexuality and dynamic, that her friends are overreacting.

“They’re definitely reading into every single thing we do based on a few memes I shared on Instagram,” Padgett explained. “Like, sure, we have kinks, but it’s not like we’re doing Shibari every night with all of our friends or something. That’s only every third Wednesday of the month, and with other consenting couples only. We’re people too, everyone needs to get their minds out of the gutter.”

At press time, the friend group was seen skillfully avoiding using the word “vanilla” to describe which ice cream flavor to go with their apple pie ala mode.