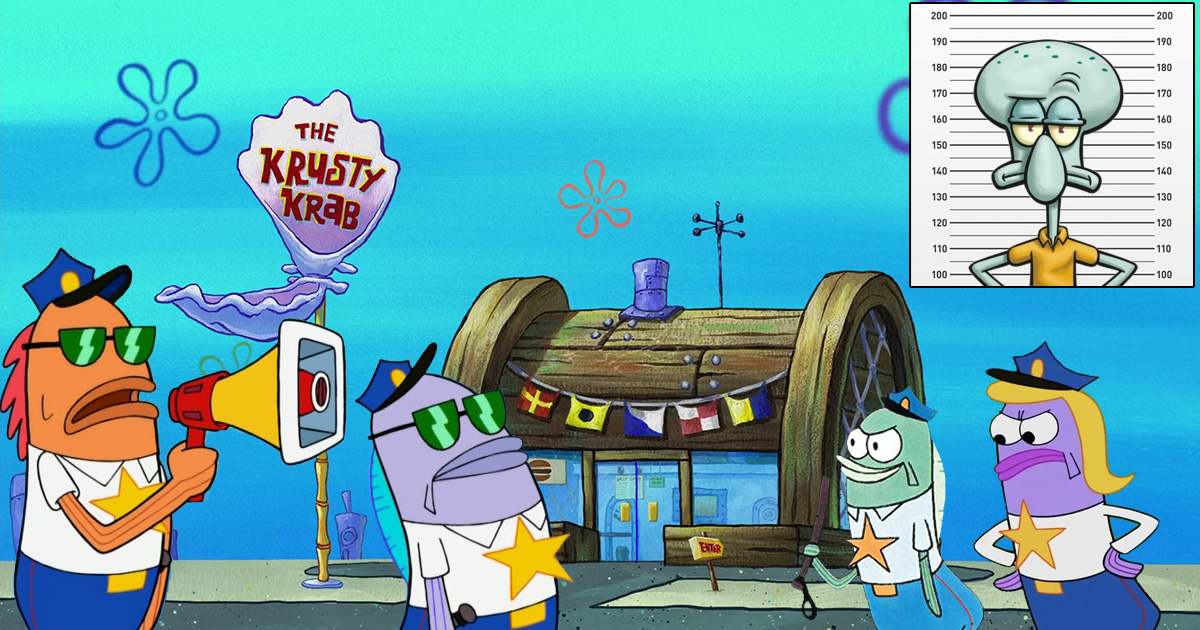 BIKINI BOTTOM― Longtime cashier Squidward Tentacles is the lead suspect in a mass shooting at the Krusty Krab which left one employee dead and a restaurant manager in critical condition, law enforcement officials confirmed.

“We’re dealing with a very sick individual here. Someone who has been pushed too far. This was one of the worst scenes I’ve ever witnessed. The place was a bloody mess. One victim just kept screaming ‘my leg’ while he was wheeled out on the stretcher. The place was so shot up that we first thought there were multiple shooters. Then we realized the gunman had multiple arms,” said Sergeant Daniel Surstromming of BBPD. “We have to consider Mr. Tentacles very armed and dangerous. There was such anger and spite in this attack, I can’t see how this will be his last.”

While many residents were shocked, local lifeguard and weight lifter Larry the Lobster wasn’t surprised.

“I knew that asshole was going to break eventually. Every time I went in that place, the guy wouldn’t shut up about how terrible life was. I just wanted a damn Krabby Patty, not a sob story from some arty cephalopod dickhead,” said Lobster. “Real shame. I used to come in here after benching some serious weight, before I went out on the town to shed my shell, if you know what I mean. Guess I’m moving the party elsewhere.”

Bikini Bottom Community College Sociology Professor Julie Scrod expressed concerns that the town could see an uptick in these types of events.

“Sadly, we could have seen this coming. This town has long done very poorly with mental health. The fact is that the ocean is getting hotter, pollution is suffocating us, and food is dwindling. The people on the edge are going to start falling in,” said Scrod. “We’ve run such a punitive system that we’ve skipped out of the necessary work that it takes to give people options. Did anyone think to ask Mr. Tentacles what made him so angry? If only he’d had a friendly neighbor to turn to.”