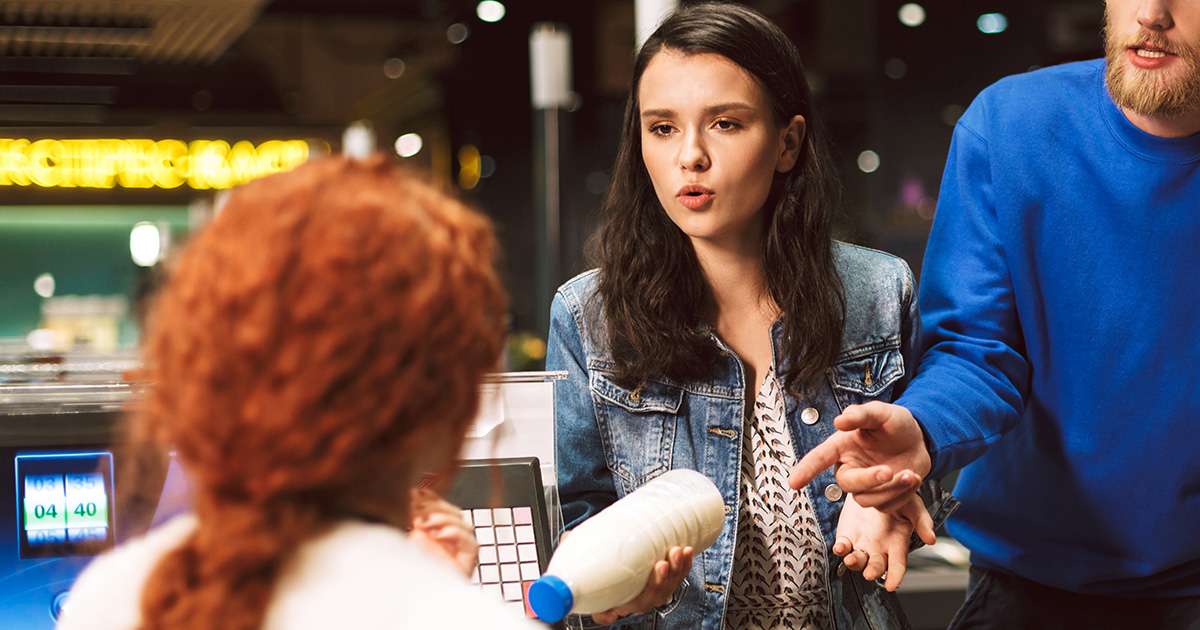 ROCKFORD, Ill. — Retail clerk Emma Stephenson finally began to feel a sense of normalcy as an unreasonably irate customer screamed directly in her face demanding to speak with the manager, uncomfortable witnesses confirmed.

“It’s been scary to work at a supermarket during the pandemic,” explained Stephenson, who has been employed as a cashier by Kroger for the past three years. “Changing CDC requirements, confusing local regulations, people calling me a hero. It’s all been strange and overwhelming. But when a middle-aged woman in crocs calls me a ‘fucking shit-for-brains’ in front of a group of children and says she’ll call the cops for not having any more Dasani in stock, things are starting to feel familiar again.”

“Also, there isn’t any more Dasani to ‘check in the back,’” Stephenson wearily added. “There’s nothing in the back. There never is.”

“This is the first time in 16 months that I feel like the supermarket is getting back to normal,” Bashier said while watching the woman claim that her “husband is a cop.” “I still sanitize everything I own, and even though the CDC has said vaccinated people can go without masks in a lot of circumstances, I’ve felt too nervous. But that woman spraying spit and promising the cashier that she’s going to ‘see her in court for this’ makes me hopeful for the first time in a long time.”

Lucy Zhang, a representative for the Chicago Department of Public Health, is familiar with this reaction.

“People are looking for signs that things will start to feel safe again, that we’re finally getting back to where we were a year ago,” Zhang explained. “This is actually pretty common and getting even more so as restrictions relax. Absolute pieces of shit like that Karen are akin to the first blooms in spring, in their own way. They show that change is happening. And even the smallest indications that everyday life is resuming, from going out to eat at a restaurant without feeling crushing guilt to having wild, unprotected sex with a stranger you just met at an Applebee’s, is an enormous relief to many people.”

“Applebee’s is great,” Zhang continued, with a faraway look in her eyes.

As of press time, a crowd of customers and Kroger employees were gently smiling as the woman slammed her purse into the ground over and over.