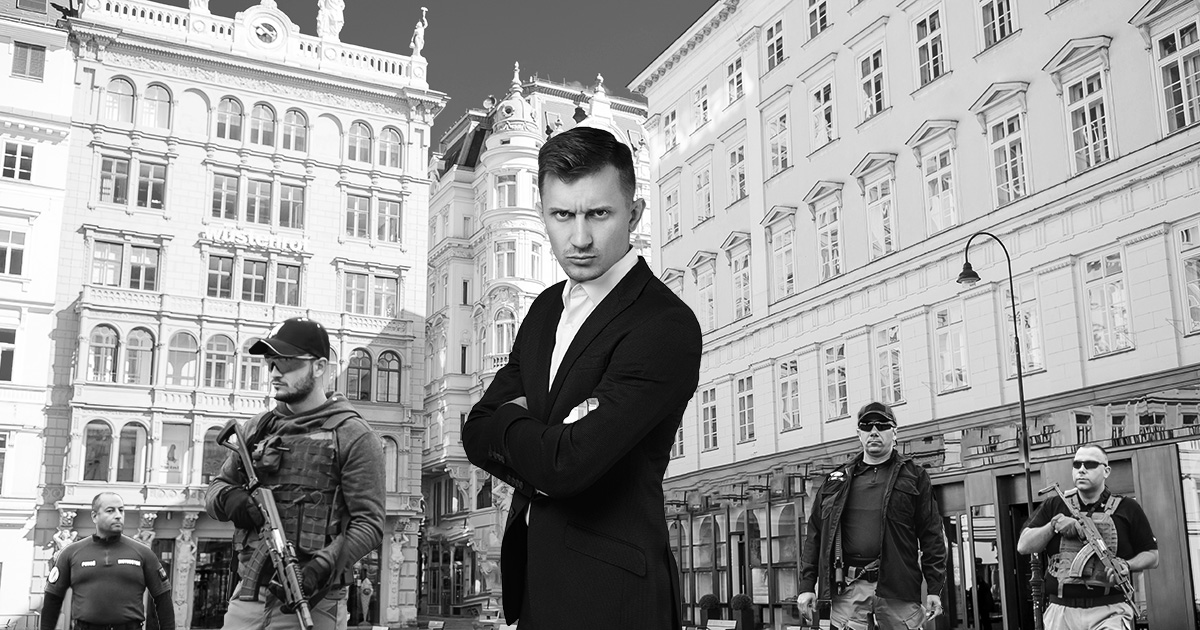 BRANAU AM INN, Austria — Conservative podcaster and chrononaut Arlo Sanderson travelled back in time to protest the assassination of an unborn Adolf Hitler, insisting government agents wait until after childbirth to murder the baby.

“Time travelers have a responsibility to rescue the millions of victims of Nazi Germany, but as a practicing Catholic I needed to remind would-be assassins that abortion is a crime against God. I will do everything in my power to protect fetus Hitler from these wackadoo, lefty time travelers. My job is done as soon as he’s born and the doctor smacks him on the rear end,” explained Sanderson while forcing modern anti-abortion pamphlets upon confused 19th Century Austrians. “Sure, preventing World War 2 from occurring is really going to leave ‘The History Channel’ in the lurch, but it’s the right thing to do.”

“Every time we rip open a wormhole in hopes of aborting baby Pol Pot or Idi Amin, this fucking guy’s there harassing our time travelers and condemning them to hell. I knew we should have never given a time machine to that Kentucky Creationist Museum,” said Nguyen while dressed as an Austrian peasant woman. “For this job, I actually tried to arrive at the moment Hitler was born. The plan was to burst into the home and ring his freshly birthed baby neck, or put a bullet through the soft spot of his skull. But I got here a few days early, and now this asshole is blocking the entrance.”

“When I first invented the Time Sphere, both sides of the aisle were very much in favor of preventing historical atrocities. The Right especially was excited to go back a few centuries and start murdering,” said Talbot. “But the whole plan went to hell after some politician suggested it’d be less messy if we ‘Terminator’ these dictators rather than waiting until they came to power. Democrats tried to compromise with Republicans by suggesting various alternatives such as tying Kim Jung Il’s mom’s tubes, or giving Osama Bin Laden’s dad a lifetime supply of Trojan Ultra Thins, but apparently those are ‘cardinal sins,’ too.”

In a surprising twist, a recent study concluded that with each reopening of the continuum, Republican protestors have altered history and erased millions of people from existence, effectively murdering them.