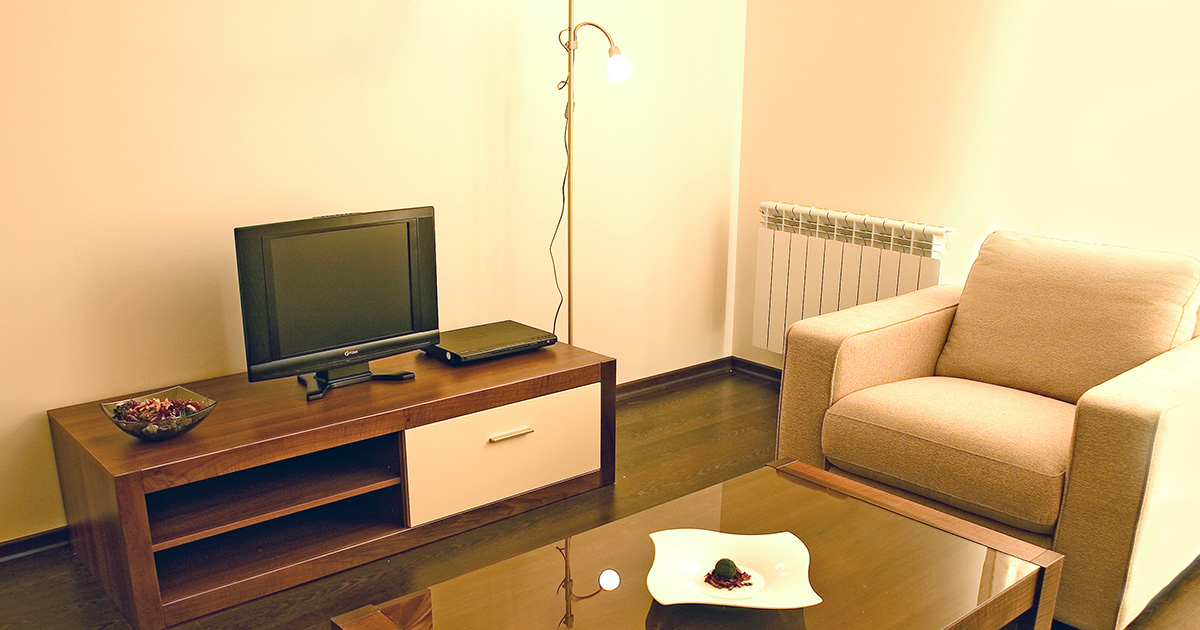 WASHINGTON — Local punk Dave Murphy has a weirdly small TV which is causing great confusion, concern and disappointment in his social circle, according to a recent report by friends who were asked to come over.

“I know he’s a pretty low key guy but there’s gotta be some kind of story here,” said recent guest Kyle Palmer. “As far as I know, his job pays decent enough. He’s not rich, but there’s no way anyone can live like this, especially cause I know he doesn’t have a TV in his bedroom either. My sister had a 13-inch Sony Trinitron in her room that was bigger than that thing, and this was in 1993. I think my toaster oven is bigger than his so-called TV.”

The report went on to explain that the minimum acceptable size for a television is 32 inches and anything below that is a “fucking choice,” especially if it is the only TV in the residence and the owner consistently invites friends over for pizza.

“I can’t imagine owning a TV this small and being happy. Life is full of highs and lows but coming home to this every night must wear on you whether you’re conscious of it or not,” said friend who streams everything these days, Frank Norton. “It’s not even like we ever watch anything at his place but still I just worry for him, like is everything okay? It doesn’t make sense for such an otherwise normal guy. Is his house a museum?”

Sources close to Murphy have remained silent on the subject of his lousy home entertainment setup until now.

“I feel so validated by the report that came out. When Dave and I started dating, I thought he was in the process of moving or something, but when I realized he didn’t aspire to own a nice TV to actually enjoy, it was a major red flag,” said ex-girlfriend Natalie Small. “I didn’t end things with him because of his TV; I’ve dated guys with small TVs before. But he could have at least disclosed this beforehand, so we could talk about trying other things, like watching stuff on my laptop, or leaving things open so I could go watch TV somewhere else sometimes if I want to. It just seems selfish.”

At press time, everyone in Murphy’s life was scrambling as he suggested watching a big game at his place.