Osmosis Jones Called Out Of Retirement To Battle Delta Variant 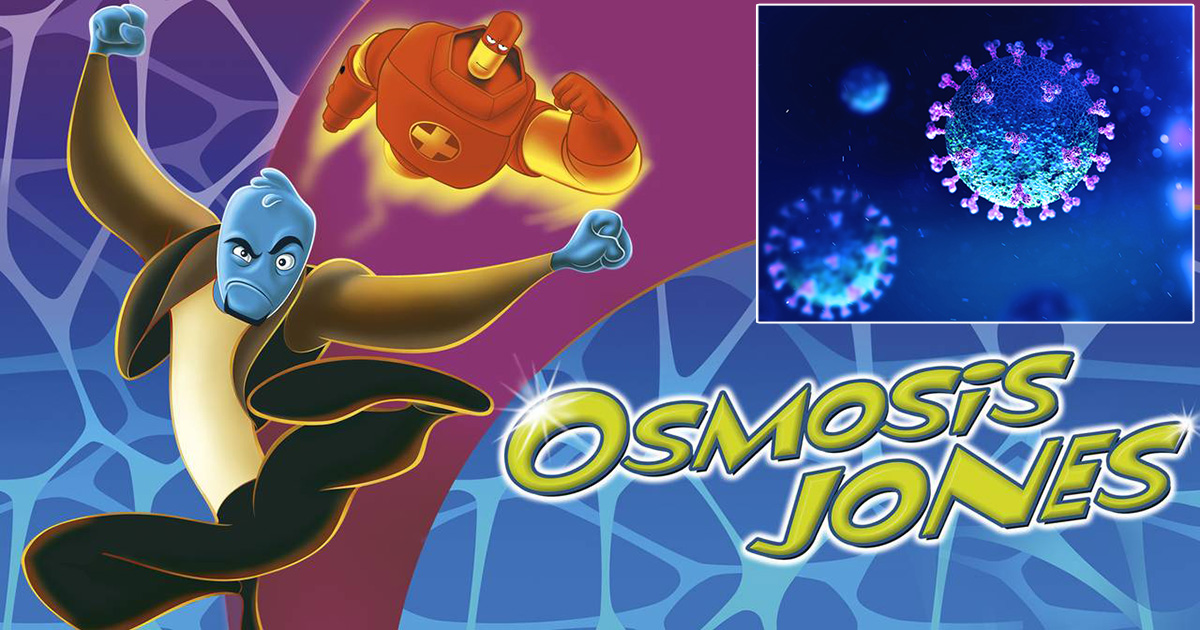 “I’ve been working private security in dogs and cats ever since Frank [DETORRE] got kicked to death by that elephant in ‘07,” Jones said while unclenching a tick from the lower lumbar of a beagle named Duncan. “But then Mayor Colonic called me up a few weeks ago because some wise-cracking Delta molecules showed up in a seven-year-old’s lungs. All this because the kid’s bitch ass mom wouldn’t let her wear a facemask in school.”

“Goddamn dipshits, I swear,” Jones added, popping the tick into a pulsating blob of goo.

“I’ve been working on serving penance since the pandemic began because of what I contributed to,” Drix said solemnly. “In May of 2020, a false rumor spread on Facebook that I could be used off-label as a treatment for the coronavirus when paired with near-lethal levels of apple cider vinegar. Then there were riots at Family Dollar stores across the southeast with people trying to hoard me after Donald Trump retweeted Scott Baio’s claim that I saved his life from COVID.”

Thrax, the evil virus whose defeat two decades ago made Osmosis Jones a household name, laughed menacingly when told about his old nemesis’s return to active duty.

“Oh Jones, you’ll never win,” Thrax said from within his maximum security red blood cell. “Fight Delta all you want, but I have the hearts and minds of the real Americans. Who do you think sent that brain-eating amoeba into President Trump’s head so I could torpedo mask usage before sending in my sleeper agents, Hydroxychloroquine and Ivermectin?! And that was just the beginning. The next phase is already in progress, I won’t rest until everyone’s eating kidney medications for cats.”

At press time, Osmosis Jones was fleeing certain doom after thousands of cells became infected with the Delta variant at a Kidney Rock concert.