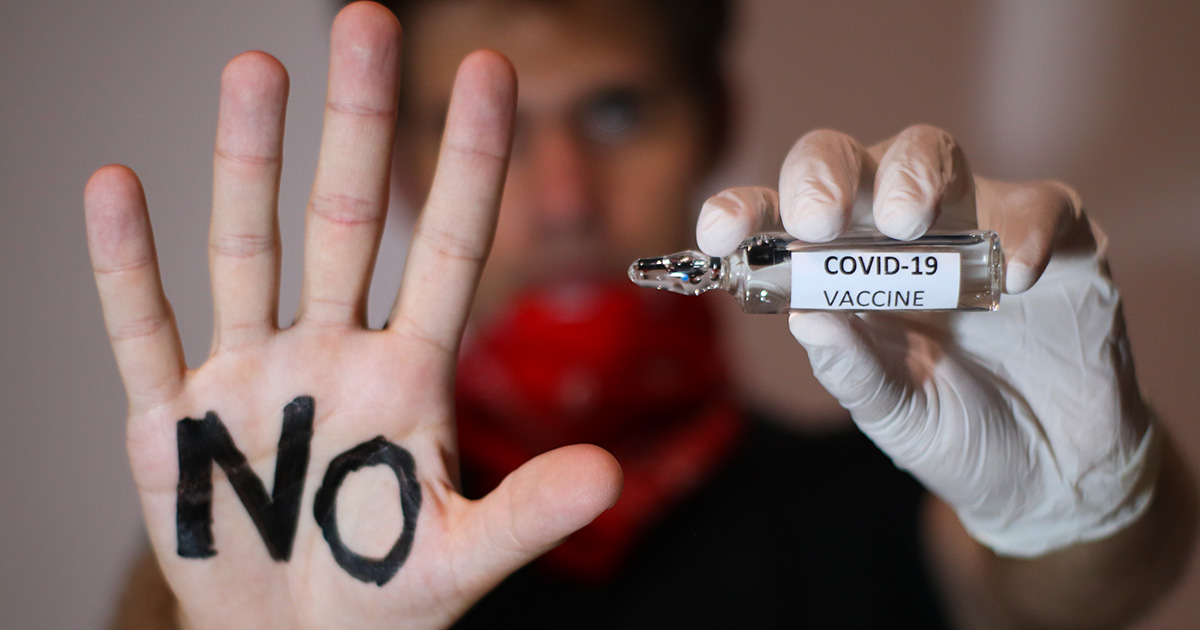 “I’m sorry, but I’m just not comfortable loading my body full of a mystery serum funded by the population control wing of Bill Gates World Takeover Enterprises,” said Crowley from his studio apartment. “Just look at the facts. I heard one guy in New York got the Pfizer vaccine and the next day he grew another penis. Does that sound like something we should be voluntarily taking? Suddenly we have a bunch of vaccinated zombies with multiple penises marching around celebrating birthdays, going to weddings, or even just getting together for a karaoke night? No thanks. I’ll take my chances with COVID.”

Friends of Crowley were not surprised by his sudden opposition to the vaccine.

“While most people struggled over the past year because they felt isolated and alone, fucking Blake thrived. He started painting, learned six new languages, and also researched his family tree and found out he’s a distant cousin to Charlemagne,” said longtime friend Jackie Woodford. “But as soon as the CDC began lifting restrictions on social gatherings, he started to get weird. He started posting how unsafe vaccines are in all of our group chats and really went off the deep end with conspiracy theories. He truly believes that the scientists at Moderna are an advanced alien race and this vaccine is an insemination technique that will lead to aliens growing in our skulls that eventually burst open and kill us, and that’s why we shouldn’t invite him to our shows.”

Psychologists say sudden changes like those exhibited by Crowley are not isolated incidents.

“When the pandemic first hit we saw lots of extroverts trying to downplay the dangers of COVID-19. They would say ‘it’s just a mild flu,’ ‘it only affects old people,’ ‘it’s a complete hoax,’ all so they could still go hang out at the bar with their friends,” said Dr. Armond Terjian. “Now that things are reopening and people are hanging out again, it’s sending introverts into panic mode. They don’t want to return to the days of ‘casually meeting up at the park,’ that’s a fucking nightmare. Work parties? Nobody likes those. I can see why some are resorting to anti-vaxx techniques in order to avoid rejoining society. It’s their only option.”

At press time, Crowley was reportedly on the dark web trying to procure as much Ebola as possible in hope of starting a new pandemic.