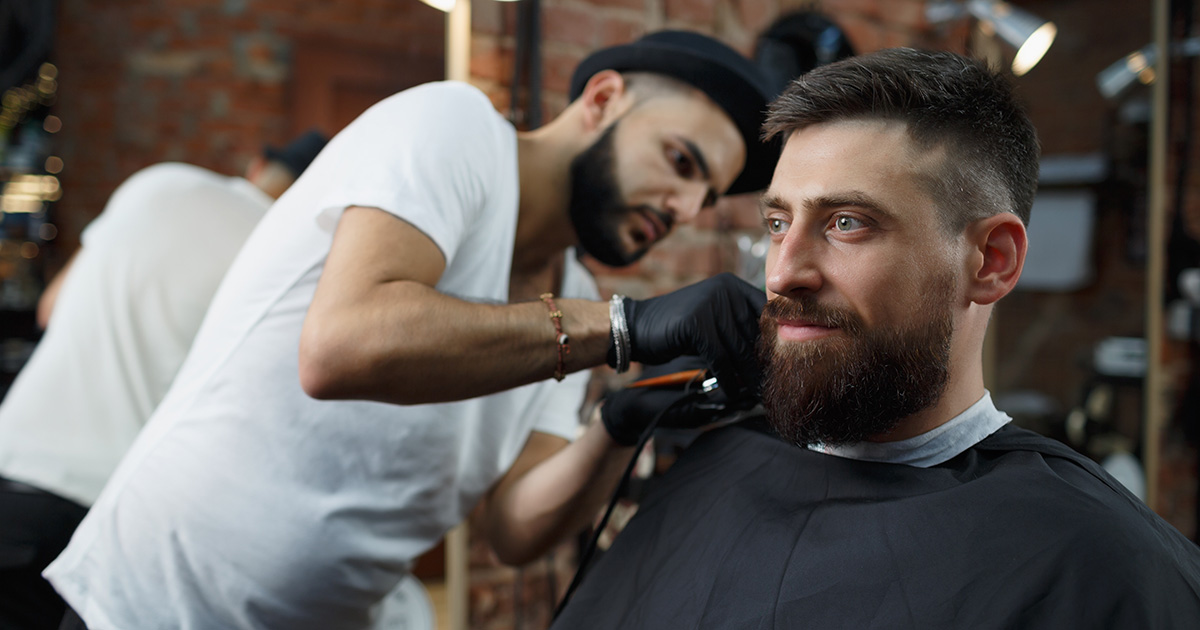 BELLEFONTE, Pa. — A customer at Quik Cuts Barber Shop cast an aching stare at a neighboring silent barber/customer pair while having his hair, and will to live, cut down by a loquacious barber, sympathetic waiting customers reported.

“I was looking forward to enjoying a nice little haircut in peace but nope, I’m stuck hearing why nine months is ‘obviously too short to develop a coronavirus vaccine,’ and the same story about the time he thinks saw Mike Tomlin at a strip club,” said Zach Bellamy, who hoped having to wear a mask would minimize barber-customer conversation. “And in the chair right next to me is a completely silent barber cutting the hair of a completely silent customer. How I crave what they share! The serenity, the tranquility, the understanding. A light tugging of the scalp with no words. Maybe next time…”

Vinnie Salvini has been cutting hair and proselytizing to unwitting customers at Quik Cuts for upwards of three decades.

“Yeah, I’m kinda the top dog around here. New customers always ask me for my schedule but unfortunately enough, I rarely see repeat clients,” explained Salvini, who has convinced himself that his customers all die or move away instead of confronting the reality that they avoid him. “Ya know, I bet they’ll all start coming back once we don’t have to wear these pussy-ass masks anymore. I’m gonna say it: Donald Trump was our fourth best president after Nixon, George W., and Millard Fillmore. People might disagree with me now, but they will see over time that I was right.”

A barber school instructor described the two schools of thought pertaining to conversation with customers.

“You either got your stoic, mute haircutters who typically communicate via minimal grunts and head nods. These guys are in-demand and often held on retainer agreements,” stated veteran barber Scott Trumbal, who has been teaching new barbers for 12 years. “Then you have your loudmouths who can’t help but offer unsolicited political opinions, half-researched scientific facts, and spoilers for shows you’ve been meaning to watch. And you can’t protest anything they say because they’re holding a sharp blade to your neck. Consider your words carefully.”

As of press time, Bellamy announced plans to open a barber shoppe staffed only with monks who have taken vows of silence. He has raised $50 million in early investing rounds.