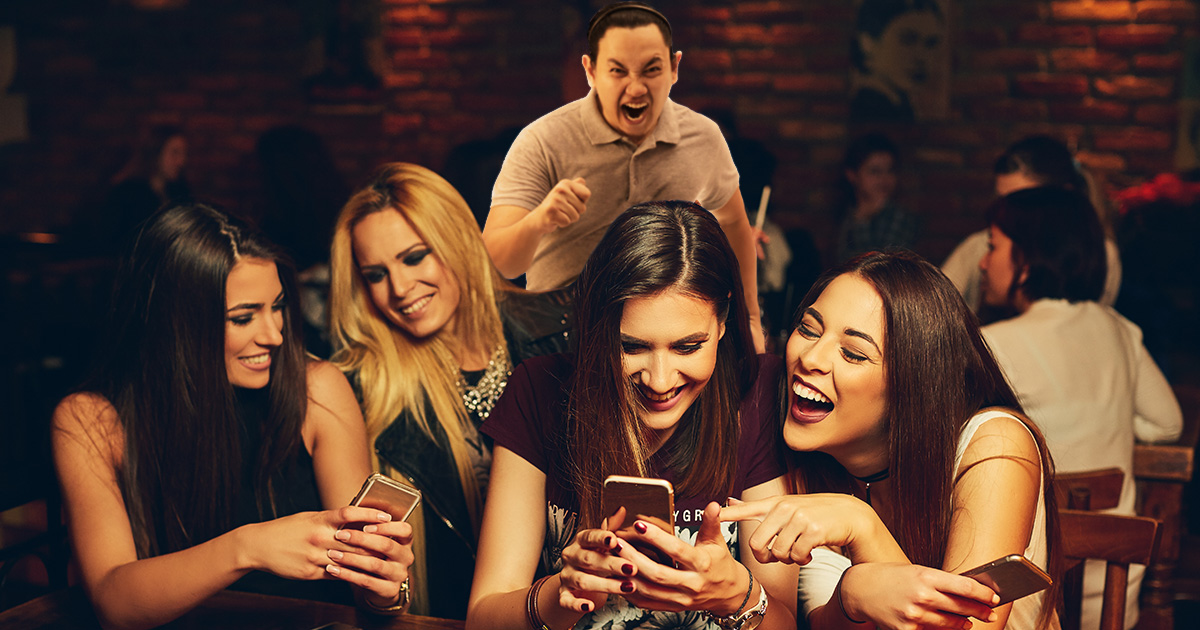 REHOBOTH BEACH, Del. — A local woman’s conversation with friends was disrupted by a man who stormed across the bar to correct a statement she made about whiskey and upturned several hi-top tables in the process, according to sources.

“I heard a bunch of glasses break and I thought a car had crashed into the side of the building or something,” recalled Stephanie Perry, whose offhand remark about disliking Scotch resulted in nearly a thousand dollars in property damage. “I turned to look and there was a bright red man running straight at us knocking over everything in his path. All because one of my friends was talking about single- versus blended-malt, and I was just like, I don’t know, Glenlivet and Johnnie Black both kinda taste like distilled shit to me. I’m just glad I made it out of there alive.”

The man who caused the commotion later claimed that while others might have been alarmed, it was one of many such confrontations he regularly has.

“Such severe misjudgment simply cannot be tolerated,” declared Albert Landry while adjusting his velvet vest. “It’s only right that a learned gentleman such as yours truly should correct a lady who utters such hogwash by any means necessary. Had I allowed m’ladies to proceed with the discussion, I might have had to endure listening to some pea-brained drivel about how bourbon doesn’t necessarily have to be made in Kentucky. It’s a good thing I was there alone with no friends because I might have been lost in conversation and missed my chance to yell at some women.”

The staff at Angel’s Gastropub were reportedly unsurprised, alleging that annoying white guys channeling their rage into pretentious opinions about meaningless bullshit was something they have come to expect during a typical night at work.

“This kinda shit happens all the time,” claimed bartender Jamie Poynter, who was working on the night of the occurrence. “Just a couple days ago, our door guys had to restrain some dude who screamed at a woman so hard for ordering a gimlet with gin that he popped a blood vessel in his eye. And about a month back, a guy pulled out a gun when he heard a woman order a martini without vermouth. Meanwhile, he drank Jack & Cokes all night and tipped eight percent. But in this industry, dealing with egomaniacal assholes on a constant basis just comes with the territory.”

Sources familiar with Mr. Landry have said that although he was outraged and disgusted by Perry’s ridiculous statement, he would still be very happy to see a picture of her feet.