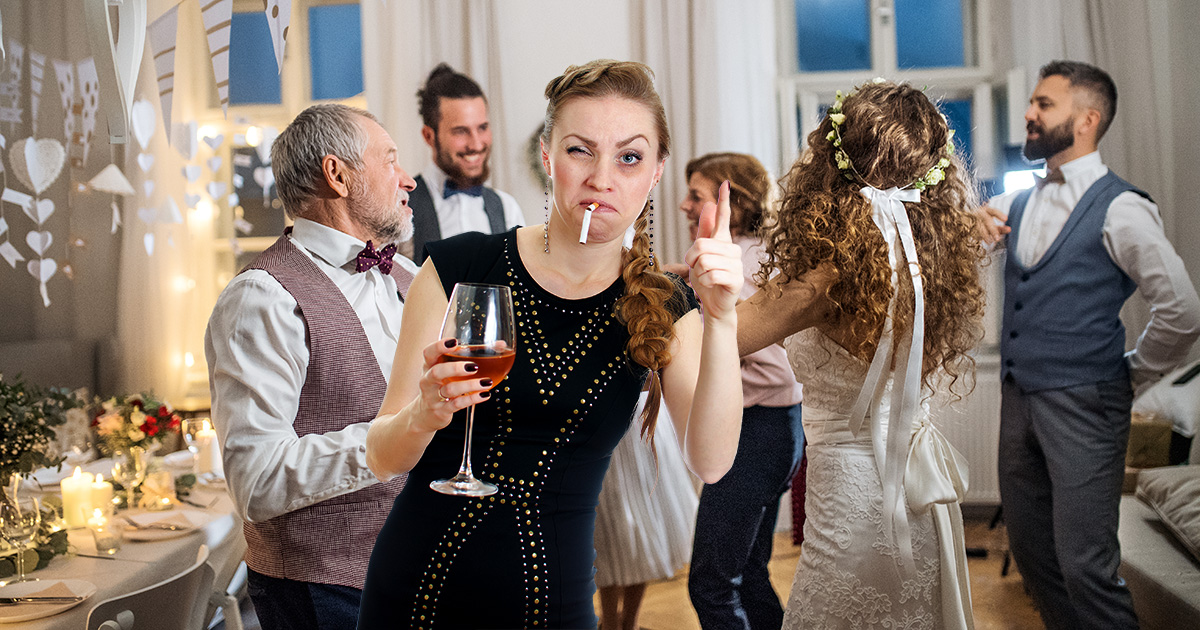 GLEN HEAD, N.Y. — 30-year-old Melissa Crawford made her long awaited debut as the family drunken mess at her cousin’s Great Gatsby themed wedding this past weekend, confirmed multiple upset family members already writing her out of the will.

“Yes, I’m single. Yes, I’m unemployed. Yes, I’m sad. And yes, I do look hot in this dress. All of these things can be true,” said Crawford while hiding gifts meant for the newlyweds in a bush outside the church. “I only came to this stupid wedding because nobody in my family actually knows how to have fun. My Uncle didn’t spring for an open bar because he’s a cheap prick that thinks he’s better than everyone. It’s okay though, I duct taped a handle of vodka to my thigh last night and I have that fucker ready to go. I just feel bad for anyone that tries to catch that bouquet, because I’m either walking out of here with that thing, or I’m walking out of here with a handful of teeth.”

The waitstaff described Crawford’s descent into human garbage as both “breathtaking and horrifying.”

“When the priest asked the audience if there were any objections, this one woman with wine stains all over her dress raised her hand and asked why she wasn’t allowed to bring a plus one to the wedding. Then, without prompting, she started singing ‘The Star-Spangled Banner’ while trying to beatbox at the same time,” said caterer Jeffrey Lewis. “She only stopped because she seemed to pass out about three seconds after she vomited on the wedding cake. She’s definitely in my top five most embarrassing people I’ve seen at a wedding.”

Emily Jung, a New York City based wedding planner, said a big part of her job is trying to account for unhinged family members.

“We always make sure we have fail-safes to deal with ‘troubled’ guests. Oftentimes it’s the uncle who gets drunk and goes on a racist tirade, or the mother that fakes a heart attack because she’s not getting enough attention,” said Jung. “But this wedding with Ms. Crawford wreaking havoc was on another level. Nobody could have predicted she was going to try to light table nine on fire, or try to stab the ring bearer, which was a Boston terrier named Iggy.”

Crawford admitted that she “can’t wait” for Thanksgiving, where she plans on drinking wine, wearing a cozy sweater, and crying for hours when someone asks her if she’s dating anyone.