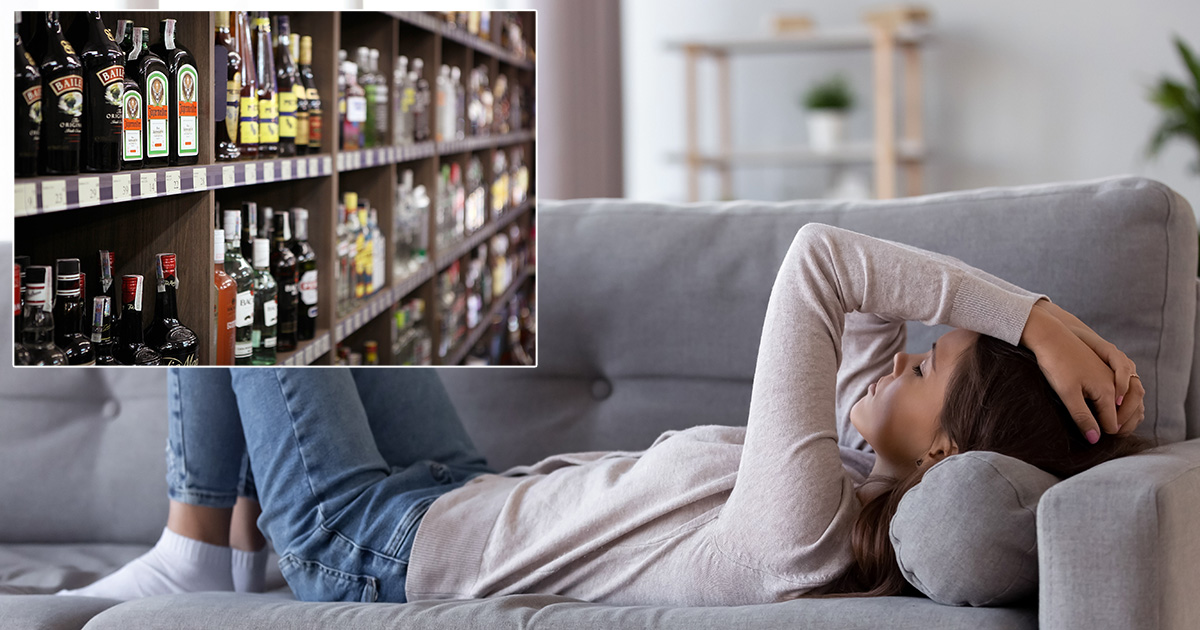 “I don’t know what I was thinking. My hangovers have been getting worse every year. When I was 21, I would drink ridiculously late into the night, crash for maybe four hours, then wake up and go to my opening shift like it was no big deal,” said Kim while pressing a cold compress to her forehead. “Three days ago, I cruised by the liquor aisle at Safeway. I didn’t even want booze, I was just looking for tonic water. I’ve been laid out on the couch ever since. McDonald’s Sprite has no effect anymore, and my Grubhub account was suspended over ‘extreme overuse.’ I don’t even have the energy to sleep. Am I dying?”

Kim’s fiance Bryan Lopez said he wishes he could help his future spouse feel better, but is “powerless” over the persistent hangover of a 30-year-old human.

“If this were a few years ago, I’d know just what to do: bring home breakfast burritos, queue up a few seasons of garbage TV, and leave several packed bowls within arm’s reach of the couch. It sets her up for a nice nap, which always helps,” said Lopez. “But this time, Jo still felt like shit even after she woke up, and that was two days ago. Breaks my heart to see her like this.”

Experts say that anyone over the age of 29 should exercise extreme caution while within proximity of any alcoholic substances.

“To my knowledge, the most severe case on record is the ‘97 Deluca incident, when a 38-year-old named Tom Deluca finished an entire pitcher by himself during a taping of Monday Night Raw. The results were nothing short of chilling, and I understand he still cannot stomach the smell of Labatt Blue to this day,” said Dr. Rhonda English, lead researcher at the Alcohol Institute. “We’re actively working on a cure for the post-30 hangover, but so far, our efforts have been unsuccessful. Our latest trial included a combination of ginseng, sleep-aids, and intravenous Pedialyte. The results were mixed.”

At press time, Kim’s hangover was back in full force after she encountered an ad for gin during a YouTube compilation.