If Biden Really Won the Election, How Come No One in This ICU Voted for Him? 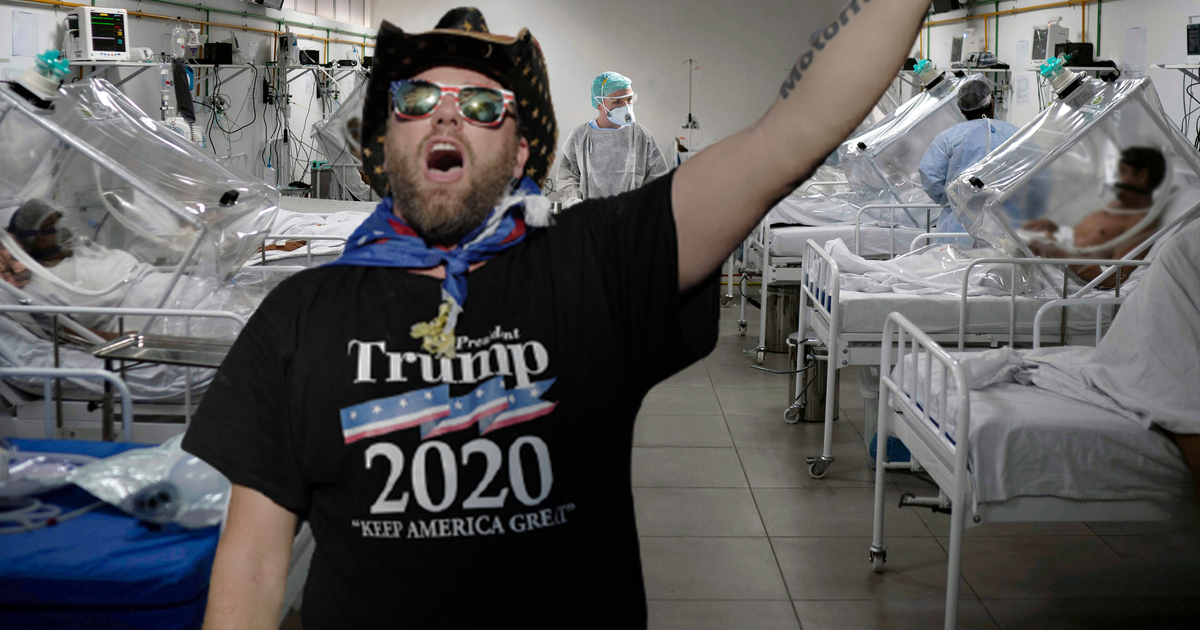 If you’ve been around the block as much as I have, you know you can’t hardly trust anyone about anything. You have to ignore all the so-called experts and do your own research. But sometimes, the truth is in your heart. Like how there’s just no way Trump lost an election to Biden.

I may not be some mainstream pollster with funny maps and fancy questionnaires and shit, but I know where you find real American voters, and it ain’t at some George Soros-funded white lives don’t matter march — it’s here, in the Intensive Care Unit at Our Sisters of Mercy Hospital.

Now get ready for some real talk, because you will not believe the red pills I’m about to drop.

We’re doing field research, so let’s talk about sample selection criteria. Only patriots vote, and patriots are proud of who they are. They don’t hide their faces behind masks like some Antifa super soldier burning Portland to the ground. Well, a nurse assured me that nobody in this place ever put a mask on, not even for Halloween. I’d say we got a room full of citizen suffragists here, let’s see what they have to say!

Now sure, not everyone who can exercise the franchise does, so let’s talk about what makes someone a likely voter. Your real serious elector type is someone who stays up on current events. Speaking from personal experience, I never bothered to cast a ballot until I discovered Infowars. But thanks to Alex Jones and his political analysis, I knew I had to help the trillions of children who are sexually trafficked to the secret satanic underground lair of Bill Gates every single day.

Anyway, this doctor who asked me what the fuck I was doing said the people here had taken enough Ivermectin to drive worms to extinction. I don’t know what he meant, but Ivermectin isn’t for sheep! It’s for well-informed people who watch so much news on OANN they know all the code words in Amazon reviews for apple-flavored horse paste. And this place is full of them!

Given the established patriotism of this ICU’s clientele, their voting numbers should match the results of the election by roughly 100 percent, and guess what? Not ONE of the people I spoke to voted for Biden! And trust me, they weren’t just telling me what I wanted to hear; these people were extremely forthcoming. It was like they thought I was the last person they would ever talk to! When a woman begs you to tell her younger brother that he’s actually her son, you know she’s being honest about voting Trump.

I tried to talk to everyone here, but I wasn’t able to. Some people had enormous tubes stuck in their mouths, and it made them shy. But even if every tube-breather voted Biden, which I DOUBT, Trump won in a landslide.