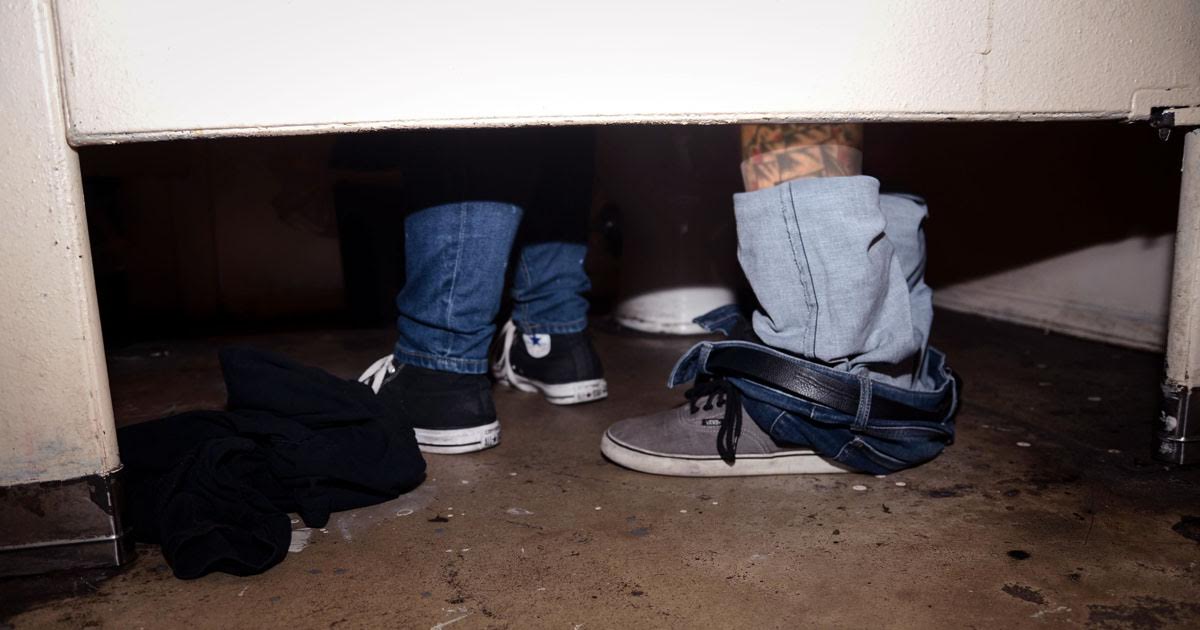 CHICAGO — Aging punks Paul Schiffer and Jessica Hernandez believe their sex life has become stale, following their most recent “routine and lackluster pounding” in a venue bathroom, according to reports from the unsatisfied couple.

“I feel like the spark is gone,” said Hernandez. “There was a time when we’d be in there for so long just exploring each other, we’d miss the headliner. Now, we’re in and out before the opening band is done breaking down their drums.”

Witnesses noted the couple has been less spontaneous with their coitus in the stall, taking time to lay down toilet paper and wipe every surface with antibacterial wipes.

“They used to kick open the doors because they were in such a rush to get nasty with each other. Now, they use their feet to open doors only because they’re worried about germs,” said Catacomb owner Sam Lowell. “They’d leave the stall door off the hinges, and a weird mess of bodily fluids to clean up. But, lately, they leave the stall looking better than when they entered. Frankly, people are worried about the health of their relationship.”

The couple, who once could be heard over even the loudest of bands, have tried to “spice things up” by roleplaying with a “different club” scenario, and even asking friends to bang impatiently on the door to make it feel more “real.” Hernandez said she even brought handcuffs into the space, but couldn’t find a place clean enough to which she could be bound.

“I guess after three months of dating, the fire just goes out,” said a despondent Schiffer. “It happens to all couples who’ve been together for such a long time. [Jessica] used to call me filthy names and spit on me. Now, I’m lucky if I leave the bathroom with bloody bite marks.”

Some claim the couple is considering adding a third party to their sexual exploits, but are concerned about the size of their preferred stall.

“The only place we could comfortably fit three people is the wheelchair accessible stall, and I’d feel really weird doing it in there,” said Schiffer. “It just seems sort of disrespectful.”