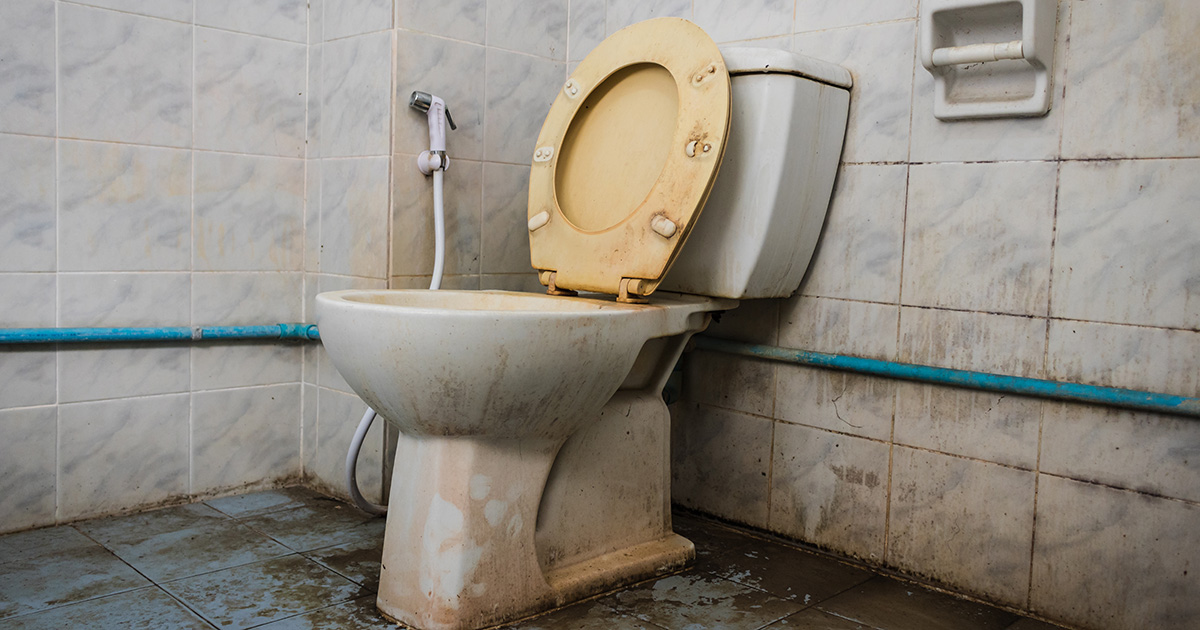 ALBUQUERQUE, N.M. — Brad Harris, a first time house show promoter, triple checked to make sure the only toilet at his debut DIY gig was so broken that show-goers wouldn’t even attempt to piss in it, sources confirmed.

“I wanted people to leave the show and think, ‘Wow, that place was a piece of shit. I can’t wait until my band gets to play there,’” said Harris while dropping lit cigarettes onto his carpet. “I went back to basics: I removed the numbers from the front of the house so the place was impossible to find, I fucked the toilet up so bad that it would make the best plumber in town cry, and I advertised there would be free beer but made sure the cooler was empty when people showed up. I used the said beer to pour on the floor way ahead of time, so that it would already be sticky.”

Many of the attendees had glittering reviews and were overall “very impressed” with the state of the DIY house venue.

“The outdoor and indoor couches were the perfect amount of dirty, smelly, and ripped apart. Plus, the aroma of piss around the yard because the toilet was broken was the cherry on top,” said scene veteran Ari Lucas. “Felt like home. All the other gigs I’ve been to had ‘broken’ toilets, but you could still flush them if you just lifted the toilet tank lid off and pulled the chain. But Brad truly outdid himself. I’ve never seen a toilet that clogged before, with water to the brim. I think there might have even been a shoe in there.”

However, one member of the band Door Lickers, who performed that night, was not very pleased with how good they sounded.

“This dude must have been some rich kid. His basement had a rack of lights that put out the perfect amount of lighting. My band plays best under a single fluorescent bulb that keeps flickering on and off,” said Door Lickers drummer Sammy Tadverdyan. “And they had a functioning PA with a sober sound guy. It really threw us off our game, because I’ve never played a basement show with a sound guy, not to mention a guy that seemed happy to be there. We’re used to playing through broken bass cabs that sound so bad we end up fighting people trying to unplug us.”

Harris vowed to improve the next show by removing the second step down to the basement, blocking off all potential emergency exits, and making sure to call the police himself to file a noise complaint.