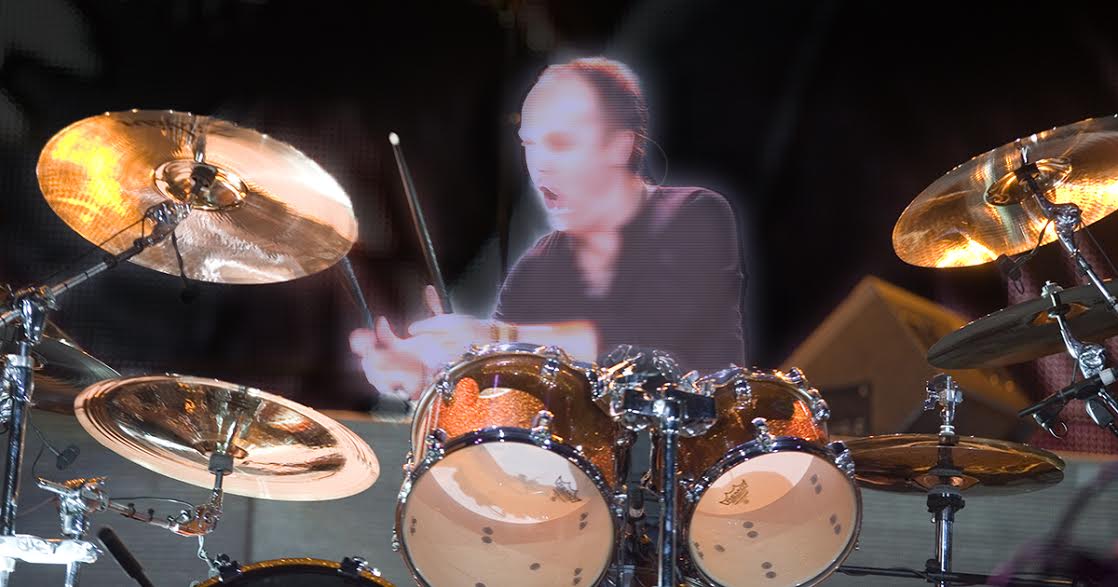 LOS ANGELES — Lars Ulrich, the founding drummer of Metallica, will be replaced by a hologram on all future live dates despite a clean bill of health from Ulrich’s family physician, according to sources close to the band.

“We had a band meeting, and within the first 10 minutes, three out of four of us agreed it would be best to try using a hologram from now on instead of Lars tagging along,” said lead guitarist Kirk Hammett. “It will be nice to play the songs at their actual speed again. For the past 15 years, we kind of needed to play a little slower so Lars could keep up.”

A band representative requesting anonymity reported Ulrich did not take the news lightly.

“When the guys told Lars he’d be replaced by a beam of light, he immediately claimed he’s never felt better in his life,” said the source. “He took off his shirt to prove his recent weight loss — he even showed everyone a chart detailing his excellent cholesterol levels, and started doing pushups. But he got really winded after about eight pushups and started sobbing. I almost felt bad for him, but then I remembered who he was.”

“When the band approached us, we obviously had a lot of questions — the first one, of course, was, ‘Do you want to the hologram to make as many mistakes as Mr. Ulrich normally does while playing live?’” said Smith. “The band assured me they did not. It will be tough to create a hologram that actually plays the songs smoothly because there is certainly no record of Mr. Ulrich ever doing that live.”

“One thing he really seems to love is pointing directly at any camera covering him and mugging really hard. It might be impossible to work around that,” added Smith while watching archival footage of Metallica from the 1980s.