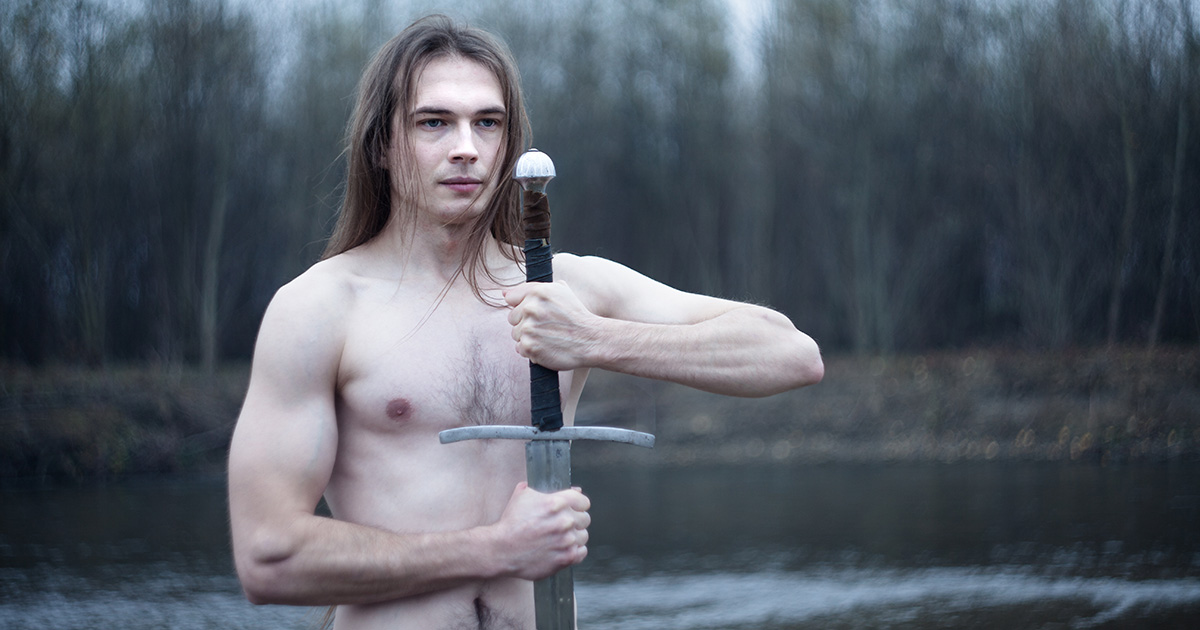 CARVER, Mass. — Local metalhead Tyler Kearns admitted that the replica Viking sword he brought on his camping trip might look badass, but is terrible for chopping wood, confirmed fellow campers who desperately hope to get a fire started before it gets dark out.

“I can barely make a dent in any of the trees no matter how hard I swing this thing. All the other guys are mad at me because my only job was to bring firewood. In my defense, I thought I would be able to channel the power of Odin through my blade and chop the fuck out of some wood,” said Kearns, who was shirtless and sweating profusely as the sun began to set. “I feel like I got ripped off here. The guy at the sword shop should have let me know that this thing would barely be able to knock leaves off a branch. I was able to use the tip of the sword to pry some bark off a dead tree by the river, but other than that, this has been a complete failure.”

Friends of Kearns said they specifically asked their fantasy-metal loving friend to leave the sword at home.

“This isn’t the first time he’s brought the sword camping. We went up to New Hampshire and he used that thing to roast marshmallows but accidentally ended up stabbing the roof of his mouth and needing 17 stitches,” said friend and sword detractor Oliver Clifford. “He spent the last four hours taking photos with the sword, and yeah, the photos looked cool as hell, but we would have been much better off if he invested in some sort of battle axe. I might have to hop back in the Kia and go into town to grab wood from Albertson’s before it gets too dark.”

“People that love metal believe that their sword is the ultimate tool for every job, failing to realize that in most cases it’s a completely useless hunk of metal,” said Dr. Carmen. “I once followed around a ‘metal plumber’ that would use his sword to unclog pipes, and it usually resulted in him breaking a customer’s toilet and having to go to court to pay for the damages to the house.”

Kearns is reportedly planning on leaving the camping trip early after a group of nearby Boy Scouts were overheard making fun of his gauntlets.