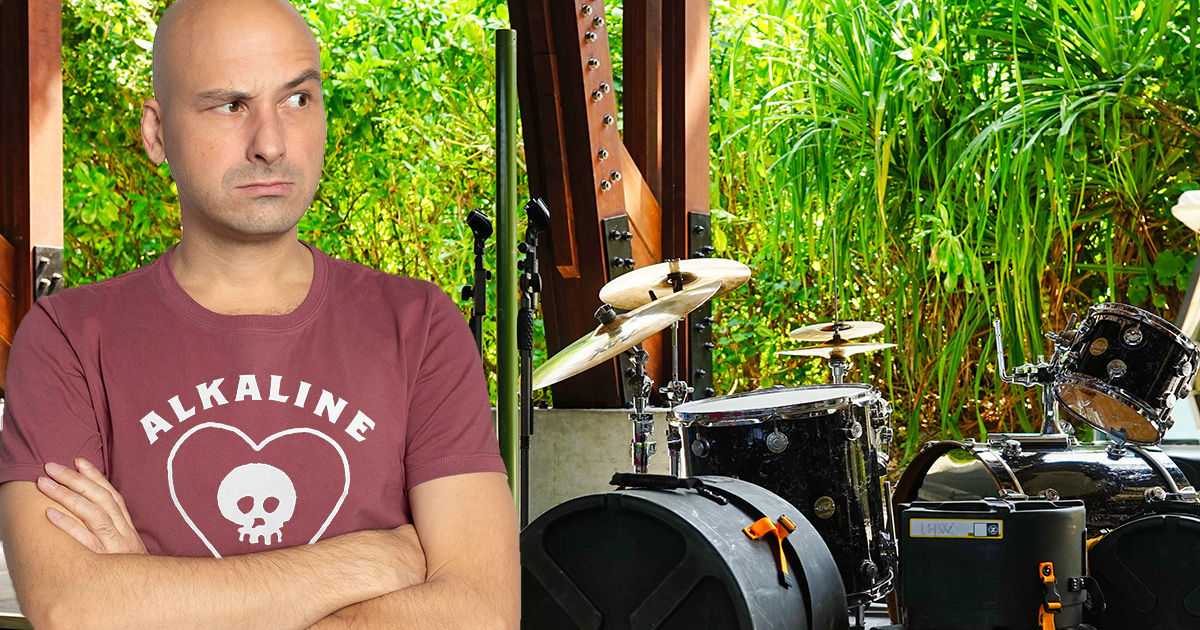 LOS ANGELES — Vocalist Trevor Handler of Reseda pop punk band Half-Hazzard insisted that his reluctance to help the band move gear in and out of tonight’s show was due to his strict adherence of Covid guidelines, exhausted sources confirmed.

“I take the suggestions of the CDC very seriously. I’m not touching anything until Fauci himself gives me an itemized list of what’s safe to handle. If that means not being able to help my bandmates carry their heavy amps up and down this narrow staircase, then so be it,” said Handler while sipping a complimentary beer. “We don’t know the full scope of this disease; bass cabs might be hot spots for mutating variants. I’m not willing to put myself or the other brave frontmen on this show at risk by contaminating the mic.”

While Handler’s devotion to the health of the group was appreciated, drummer Steve Sanders said he was hoping to see an end to these restrictions soon.

“I would say I’m excited to get back to normal, but Trevor never helped me carry any gear before the pandemic either. He would always give some bullshit excuse about being the face of the band and needing to work the room, and now he claims that he’s worried about my China cymbal getting him sick. It’s fucked up,” said Sanders. “Honestly, I don’t even think he’s vaxxed. He would have made a big deal out of it. And he’s been talking to those two women backstage without a mask for like an hour.”

Mark Davers, Director of Societal Affairs for the CDC, stressed the importance of continuing to practice safety guidelines in the face of social pressure.

“This will be a challenging time for people dedicated to stopping the spread. Just last week my wife wanted me to help around the house. But sadly I declined. This is not the time to relax our standards,” said Davers. “For the foreseeable future, I would suggest using the pandemic as an excuse to not pick your friends up at the airport, help anyone move, or do anything else that might make you miss the playoffs. We will go back to the excruciating reality of life soon enough.”

Handler was unavailable for further questions as he was busy doing lines of cocaine with four members of the opening band in the building’s only bathroom stall.