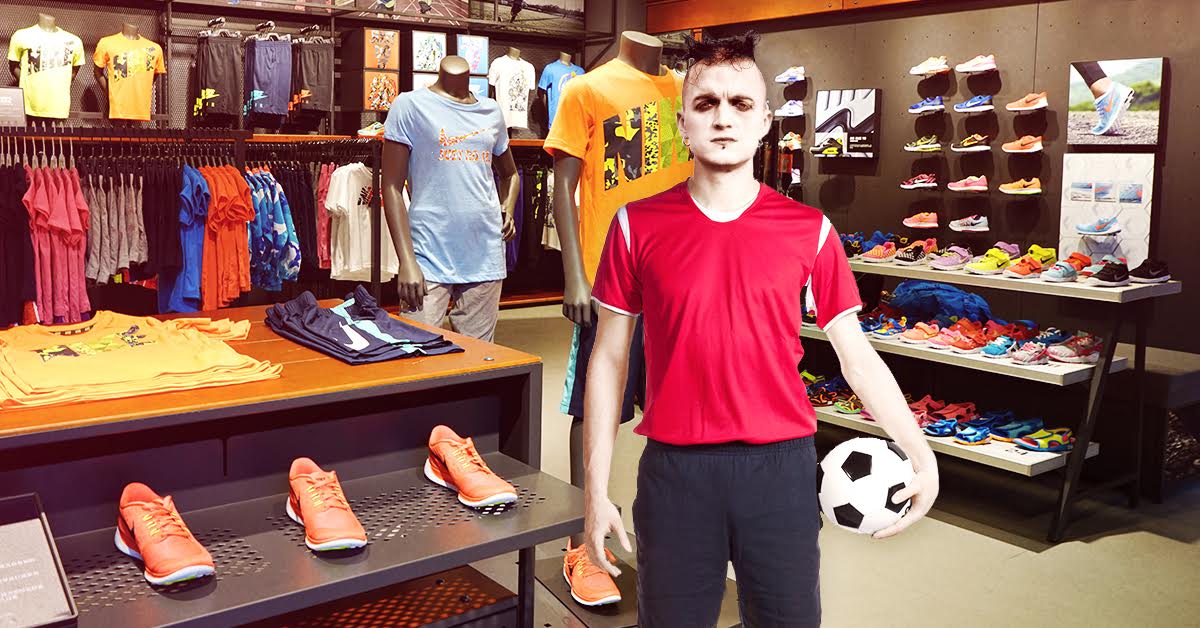 DEKALB, Ill. — After a long battle with conformist society, local goth Marvin Crandall, 34, was found dead inside at his place of employment late last week.

Customers of Frazier Sporting Goods in Dekalb, Illinois described a potent smell, identified as “hopelessness mixed with despair,” from the stockroom of the mid-level sporting goods establishment. Steven Frazier, owner and operator of the store who also moonlights as Crandall’s stepfather, investigated the complaint and found his son sitting in a chair, slumped over and staring at his iPhone 4S.

“He just said, ‘What’s the point of it all anyway?’ and then Googled ‘new job + ebay’ on his phone. Then he just sighed for what seemed like five minutes,” said Frazier in an interview. “It was sad. He has a kind soul. Maybe stopping at Dairy Queen on the way home will cheer him up.”

Frazier, who has limited experience dealing with the bodies of people who are dead inside, immediately alerted the authorities.

“I kept telling everyone there was nothing I could do,” Dr. Welch explained. “He wasn’t dead. What am I supposed to do, cart out a live body on a stretcher under a white sheet? Maybe he just needs a better diet and more exercise. I don’t know. This is out of my hands.”

Friends of Crandall were not surprised by the news. Some admit they’d expected this announcement for quite some time.

“He hasn’t ever really done anything of note,” said Margaret Mitchell, who has known Crandall ever since he started posting on the DreamLongDead goth-industrial message board in 2001. “The last time I can remember him being really excited about anything was when he planned to go to Rhode Island to visit H.P. Lovecraft’s grave, but he said tickets were too expensive and stayed home.”

Crandall’s mother was not available for comment, but according to Frazier was made aware of her husband’s discovery in the stockroom.

“She keeps claiming this is just a phase,” said Frazier. “Just a phase, my ass. This kid thinks he has problems? There is a Dick’s Sporting Goods opening down the street in May. That is literally going to kill me.”