God Forbids Amish Metalhead to Be Anything But Drummer 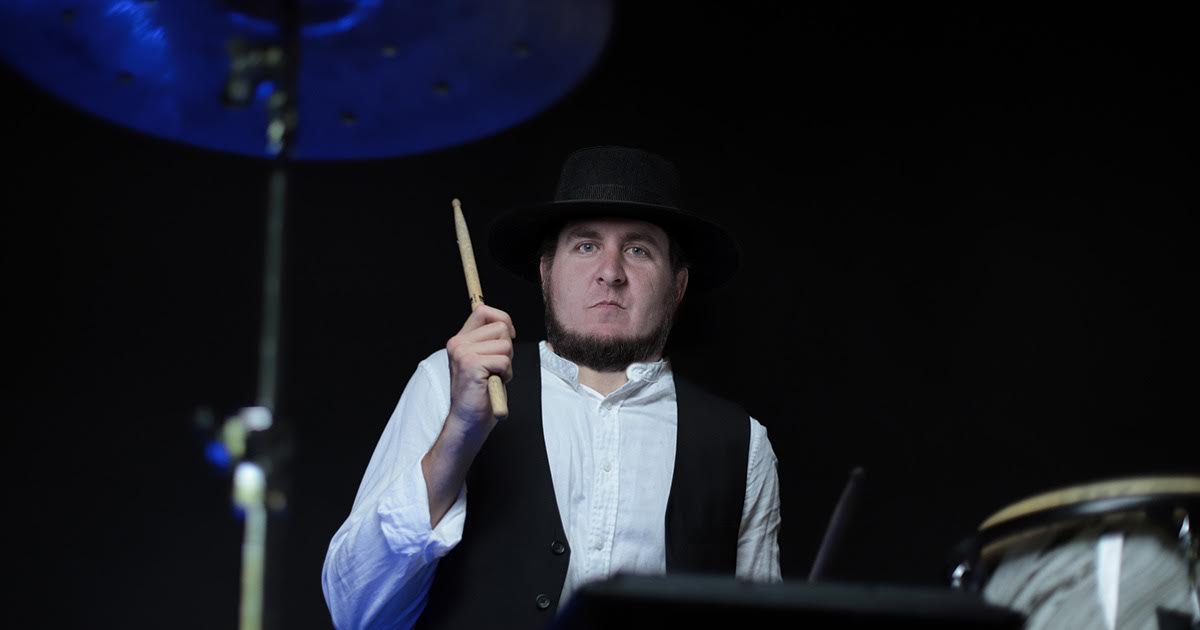 “It’s great that I can still abide by the rules of the Ordnung while simultaneously expressing my love for early metal pioneers like Iron Maiden and Praying Mantis,” Johnson explained while suspenders obscured his TANK shirt. “I tried learning some Priest songs on an acoustic guitar, but it just wasn’t the same. Once I realized I could make my own drum kit using techniques passed down from my forefathers I was able to blast out ‘Freewheel Burning’ and it felt so good. I found some teenagers who aren’t restricted by religious doctrine from a nearby town to fill out the rest of the band and we’ve been rocking ever since.”

Allen Pool, the non-Amish guitar player who plays alongside Johnson, explained the benefits of having an Amish heavy metal drummer.

“Yeah, having a guy from a strange religious sect in the band may come off as a little gimmicky, but Zeke is one of the best drummers I’ve worked with. He has an otherworldly penchant for keeping time, and he never drinks any of my beer,” said Pool. “One downside is that when we tour, he can’t drive the van unless we hook up a couple of horses to the front bumper and have them tow it. On our first tour, we traveled with two horses in the trailer, but it was so impractical, and feeding those things took up most of our budget. He made it up to us when our jam space collapsed. He and his family raised a brand new one in like two days!”

Brother Jedediah Shoemaker objects to the heavy metal genre as a whole and the loophole Johnson has found to get around the tenets of the Amish faith.

“Well I obviously think music, in general, is the work of Satan,” Shoemaker said while filling his horse’s feedbag. “But when it comes to Zeke my hands are tied. He technically isn’t breaking any of the rules. I’ve been trying to find something in scripture damning loud noises but to no avail. But this isn’t even the worst of it! My daughter is the trumpet player in a ska band and I find it difficult to believe God is okay with that.”

At press time, Days N’ Daze were booked to play multiple dates in Amish country with no pushback.