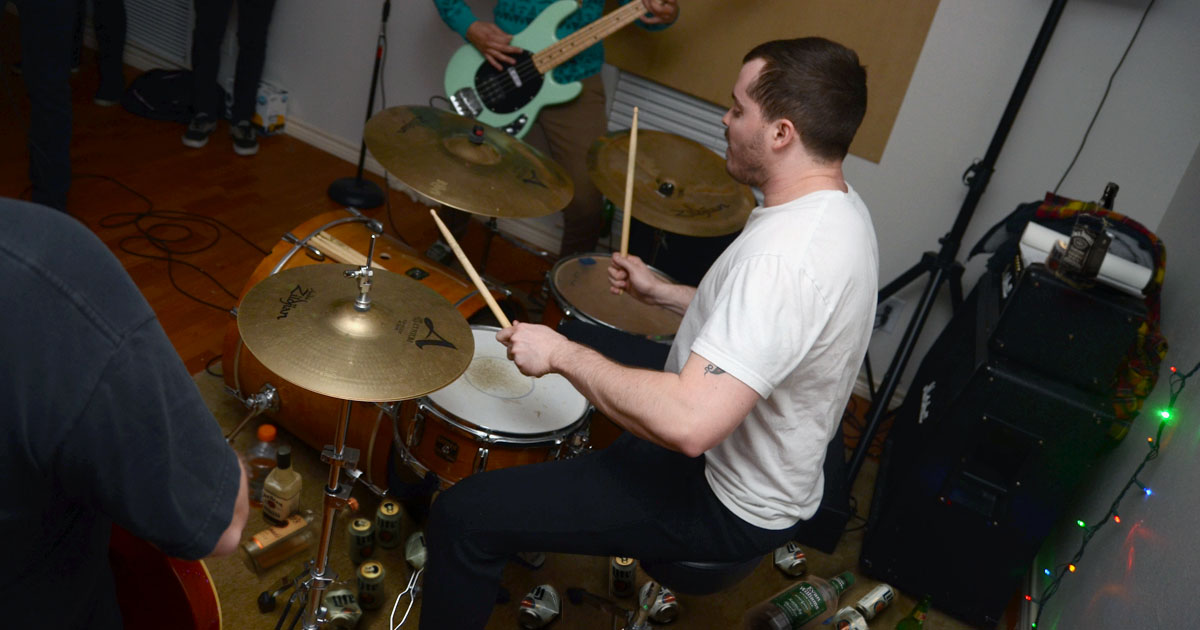 “Every time we show him a new song, he’ll relate it to Bonham’s fatal alcoholism… and then swig vodka straight from the bottle,” said bassist Kayla Warrnington. “Yeah, it takes a toll on the band and his personal appearance, but his garage is the only place we can practice for free, so he’ll stay in the band as long as he’s alive.”

Hartly insisted his drinking is well under control.

“Listen. Do you — listen! Have you ever… have you ever heard of ‘Moby Dick?’ Song? No, the bar. In San Francisco. I heard Bonham once or twice I know drank there,” slurred Hartly. “The guy was always just like boom boom BAM da doomp doomp doomp ladies and gentleman.” Hartly then drifted in and out of consciousness while leaning against a wall.

Those close to Hartly admit that while he easily matches Bonham’s epic levels of drinking, his actual drumming leaves much to be desired.

“He talks about Bonham so much, it barely leaves him time to practice actually playing the drums,” said former roommate Kyle Lundy. “The closest thing he does to playing like Bonham is playing with his bare hands, but he’s usually so drunk, I don’t know if he realizes he isn’t holding any sticks. Not to mention, it sounds like pure trash.”

Despite the criticism, Hartly continues to pursue his life-long dreams of drumming in bands and drinking like it is his last day on Earth.

“I practice for,” added Hartly before a lengthy pause. “Hours. Hours at drums. I’m gonna bon like Beeham. Be like Bonham. Once, I had 40 shots in one night. Maybe I will live.”

The disturbing trend of non-musical Zeppelin worship is growing within the band, as the band’s guitarist is allegedly re-creating her own version of Jimmy Page’s dragon-embossed wardrobe.