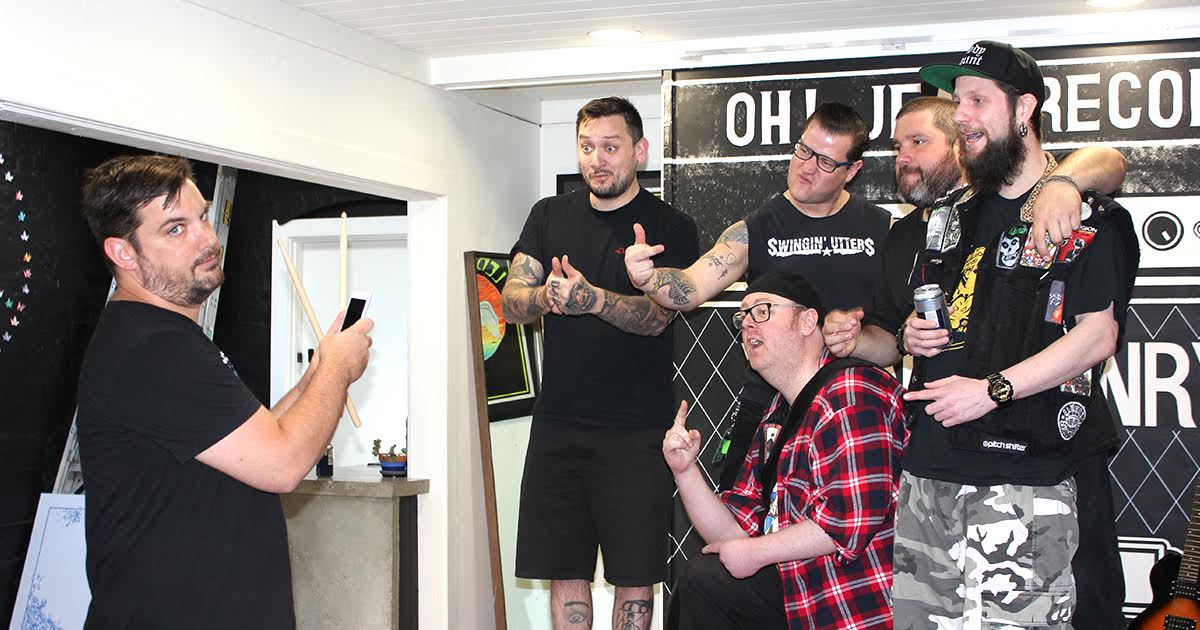 PENSACOLA, Fla. — Mind Melter drummer Ryan Braddox was politely asked last night to take a photo of the rest of his band posing with adoring fans after a grueling, two-hour set, witnesses report.

“I love that they bring their own photographer,” said Emily Harris, one of the fans in the picture. “Every time I’ve seen them, he’s always waiting by the merch table, ready to take pictures for the rest of us. Sometimes, he’ll even give out the drumsticks he has resting in his back pocket! And he’s just so knowledgable about their music. It’s a really nice touch.”

Braddox, the founding member of Mind Melter — which started nearly a decade ago — takes pride in his work on and off the stage.

“Like, I get it. I really do. I’m covered by a drum set, and I’m at the back of the stage where the lighting isn’t very good. That’s part of why I take so much pride in my post-show photography,” says Braddox, wiping his brow. “I always say, if the lighting is right, the smiles can’t hide.”

“I’ve seen some of his photos. He has an uncanny ability to make his subjects look their best, even after a long, sweaty show,” said Shapiro, draping his arms over a young fan and smiling widely. “He never uses filters, and rarely will even use built-in flash because of how it can wash out details. He has an amazing sense of timing as a drummer and of lighting as a photographer.”

Despite continually being ignored for his contributions to Mind Melter, Braddox seemed content with his roles.

“These guys are my brothers. Each one of us is the heart of the band, if you really think about it,” said Braddox after fetching bottled water for his bandmates. “I like interacting with the fans and seeing how happy they are when they see photos of themselves hanging out with the rest of my band.”

As of press time, Braddox was loading gear into Mind Melter’s trailer while fans bought the rest of the band drinks at the bar.