Woman Who Helped Punk Get Clean Hated by All His Friends 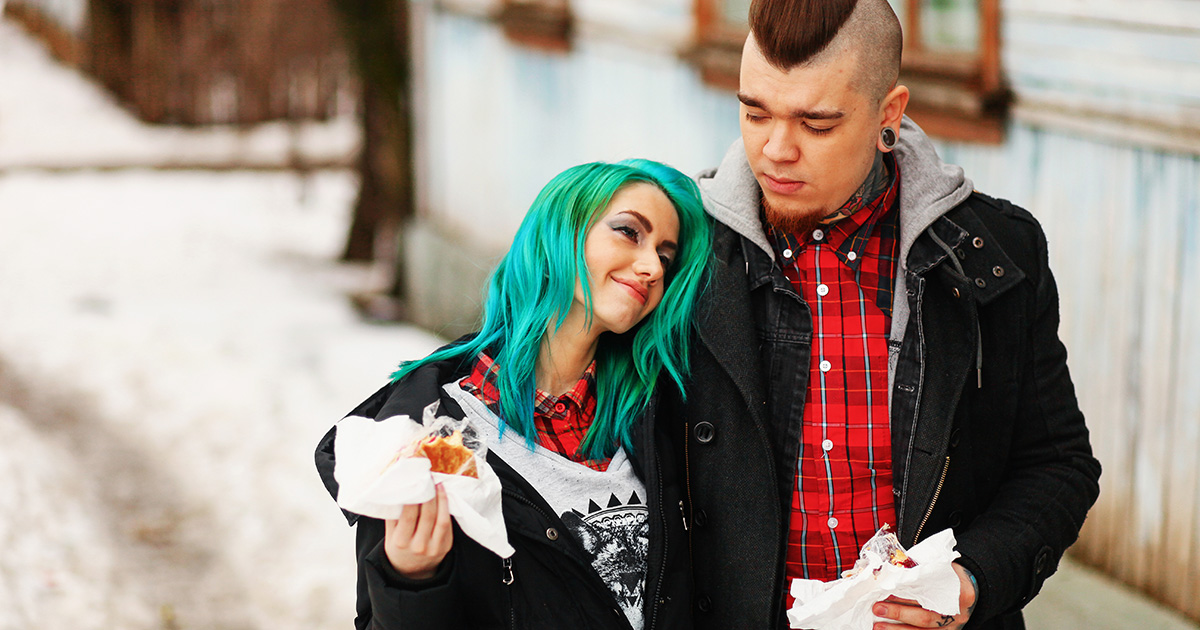 CHICAGO — Local punk Gary “Crutch” Burke’s girlfriend Jacquelyn Flowers, who helped Burke get off of drugs, stop living on the street, and is paying for this psychiatrist, is also completely reviled by all of Burke’s supposed best friends, embittered acquaintances confirmed.

“What a fucking succubus,” said Benny Austin, one of Burke’s oldest friends. “Crutch used to be one of the craziest, most fun guys I ever met — now all he does is exercise and take classes at the community college, thanks to that bitch. This was the guy who once ate a handful of Percocets and dove off the DuSable Bridge in February. Sure, if he kept it up he’d be dead within two years, but what a fucking amazing two years that would have been. Oh, and I heard he stopped eating gum he found on the street because of her! Fuck that.”

For her part, Flowers does not seem to understand the issue the friend group has with her.

“All I’ve wanted to do is help Gary get healthy and treat his body a little better. Us enjoying some fresh fruit every now and again is apparently some sort of death sentence,” said Flowers while hemming Burke’s favorite vest. “He literally had scurvy when I met him; it’s not like I made [Burke] stop hanging out with his friends or made him move to the suburbs or something. All I’m asking is that they don’t dare him to drink Windex or joyride in stolen cars anymore. I don’t think that’s too much to ask. I invited [Austin] over to dinner to get to know him, and he spat on me.”

Psychologist Silvia Fletcher explained that this is very common among men in their 20s.

“The male peer group is surprisingly fragile and can be easily upset,” said Fletcher. “While they claim to care about the other members of that group, in reality it seems they only want what fun and adventure the other members can provide them. If the person becomes what they deem as a ‘wet blanket,’ they look for an outside agitator to blame, even if that supposed agitator has the best interest of the person at heart. We call it the ‘Yoko Ono Paradox.’”

Burke’s friends later claimed he is now “dead to them” after he allegedly opened a checking account.