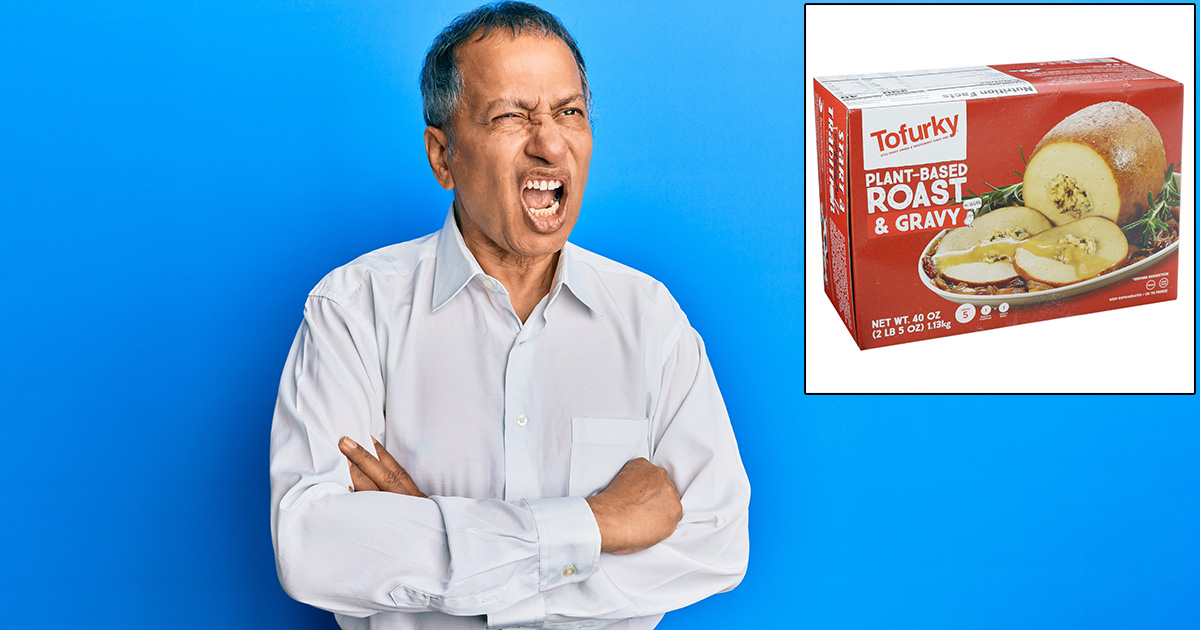 SCHAUMBURG, Ill. — Twice divorced Uncle Mike Dilmer became outraged beyond comprehension due to the mere existence of Tofurky at his extended family’s Thanksgiving celebration, according to sources within his sister’s home.

“TO-FUCKIN’-FURKEY? It’s like you are trying to make me angry. If everyone here is trying to get me to punch a hole in the fuckin’ drywall then WELL DONE,” screamed a livid and deeply hurt Dilmer at no one in particular. “This is my first family gathering since Donna left and one of you draft-dodging, hippy college kids had the audacity to bring fake meat to the most American celebration there is? America was built on the bones of dead turkeys! I should flip the damn kids’ table over. I’m goin’ to outside to burn a nail if you need me, which you don’t.”

Dilmer’s niece and long-time vegan Rachel Sears was responsible for preparing the Tofurky, but made no mention of its existence to her uncle.

“I think he was digging through the recycling because my dad threw away some old scratch-off tickets and he saw the Tofurky box,” said Sears, happily enjoying her mashed potatoes and mushroom gravy. “He’s always looking for something to get mad about. No one was making him eat Tofurky, we only brought enough for me and my partner Ezra anyways. Us not eating the turkey meant he could have more leftovers to take home, but I don’t think that was on his mind. It’s less about the Tofurky and more about Donna, I think.”

This kind of personal grievance over fake meat during the holidays is becoming more and more common according to family therapists.

“Uncles hate fake meat, it’s just hard-wired into them. On Thanksgiving uncles want to drink beer and eat dry, sleep-inducing turkey meat so they can fall asleep mid-rant about how football players need to stand for the ‘Pledge of Allegiance,’” said Annie Baskins, LMFT. “Nieces and nephews are eating less meat and drinking less alcohol and it’s stirred up a very personal, deep anger in their uncles who desperately need to talk to someone about their mental health.”

At press time, Dilmer was seen trying to light a neighborhood pro-Native American Thanksgiving display on fire with his cigarette.