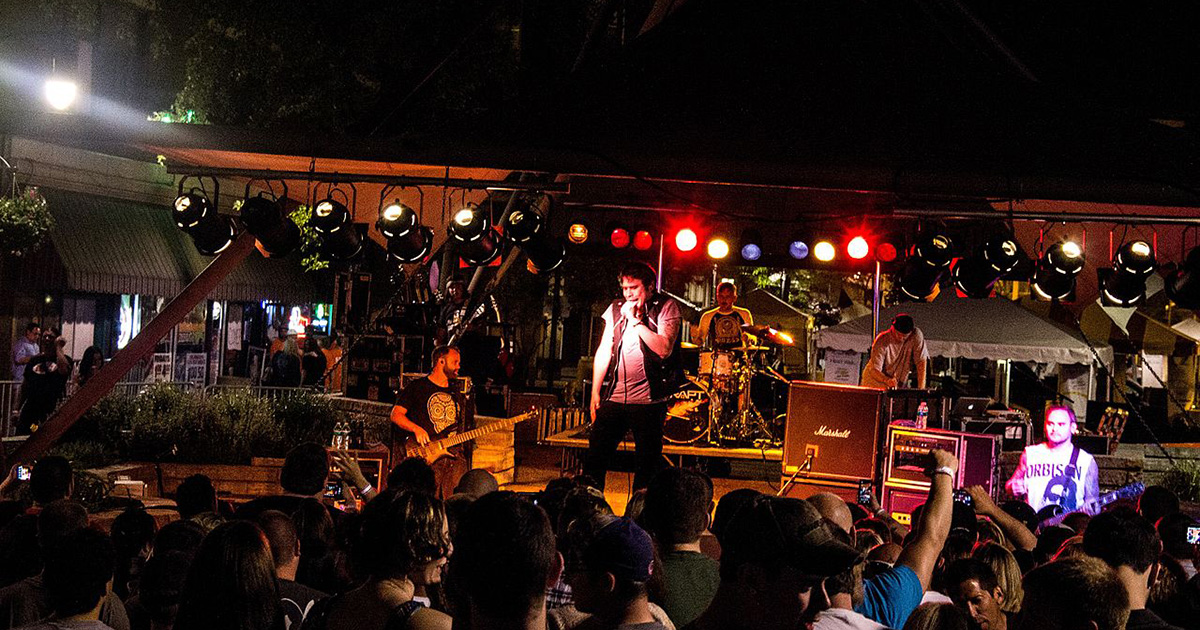 DAVENPORT, Iowa — Members of controversial nu metal outfit Trapt were reportedly overjoyed to play their first show in front of an audience in four years, underwhelmed sources have confirmed.

“This is incredible. We’re so excited to be able to get back to doing what we love the most: playing shows in front of paying audiences,” said Trapt vocalist Chris Taylor Brown shortly after arriving at The Walk-In, a recently re-opened venue. “These uncertain times have been so stressful. A lot of haters online say Trapt is just a ‘decades-old one hit wonder’ and a band that has ‘literal human shit personified as a frontman.’ Well, look at us now. The house is packed, and I’m pretty sure most of these people knew we were playing. I have a feeling 2021 is going to be a pretty good year for Trapt.”

Many in attendance at The Walk-In were thrilled for the Trapt show, or any show at all, really.

“This is so awesome to be out again,” said attendee Floyd Wagner. “I’ve been anxiously awaiting this day for so long, I can’t believe it’s finally here. I’d be lying if I said I pictured it being a Trapt show, but you know, nothing is ever like you dream it’s going to be. The best part about this is, despite the venue being able to sell shows out to full capacity again, the turnout tonight makes it pretty easy to maintain social distancing. So, silver lining to the whole Trapt thing, I guess. Maybe the opening bands will be alright at least.”

While concerts, sporting events, and other large gatherings have started to resume all over the country, many at the CDC are pleading with the public to be careful when joining large gatherings.

“Look, we’re still not sure what exposure to Trapt at this level could do to people,” said Monica Kinney, a public health advisor for the CDC. “We’ve got some field reports from their last festival appearance that says an alarming number of people that saw them play in 2017 lost their taste in music, and a disturbingly large number of them started spouting off some pretty heinous opinions on communicable diseases and the age of consent.”

As of press time, Trapt opened their set with ‘Headstrong,’ their lone hit from 2002, prompting a majority of the crowd to leave immediately following its conclusion.