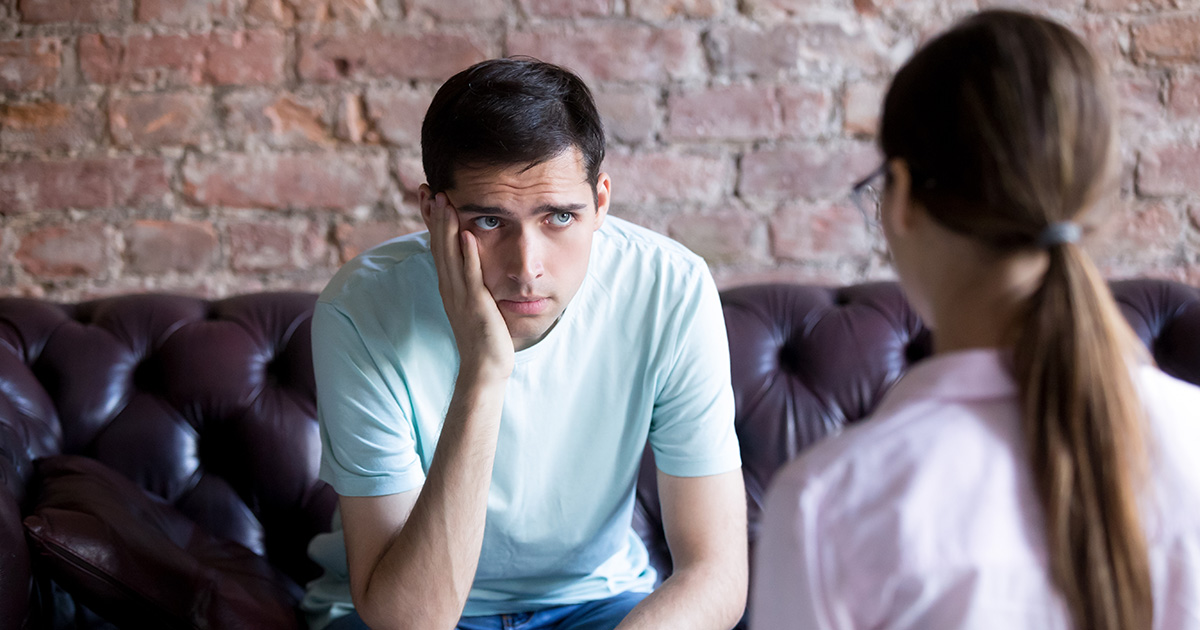 LOS ANGELES — Local therapist Dr. Dana Therenspoon gave their patient exactly one month to live during a routine check-in, after months of increasingly lame sessions, sources who didn’t know they had the authority to do that confirmed.

“Listen, this is merely a prediction based on a combination of scientific evidence, careful analysis over several months of routine visits, and just a hunch, really,” said Therenspoon while rearranging the framed PhDs on their wall by order of how important they might look to strangers. “It’s never easy to break the news to someone that their life is patheticville and that there’s no reversing it, no matter how many haircuts they try, but it’s my medical responsibility to do so. That way, these total losers can plan to do everything they’ve always wanted, like watch someone go skydiving or binge ‘Law and Order: SVU’ one last time. You know, really live it up.”

Campbell Leggingsworth, the patient in question, was confident he could outlive the prognosis.

“My mom beat cancer and my dad reversed diabetes, so overcoming these sorts of death sentences kind of runs in the family,” said Leggingsworth while crossing off “try new Applebee’s jalapeño poppers” from his bucket list. “Honestly, all I said to my therapist was that I quit my very stable office job to become a full-time podcaster since I’m pretty sure I’m bound to become the Joe Rogan of ‘Saved By The Bell’ podcasts. That’s when she interrupted and told me to start canceling my auto-pay bills now. So bizarre. I mean, how is that a sign of my so-called downward spiral? Also, I think I’m going to get a new therapist.”

Experts weighed in on the therapist/patient relationship.

“There’s no one-size-fits-all approach to therapy, and this method proves that,” said psychology professor Taylor Conrad. “For instance, back in the 16th century it was standard practice to drill a tiny hole in someone’s skull to try to relieve depression. Yes, they inadvertently killed a bunch of patients in the process, but at least the depression was technically gone. Long story, short: no one really knows how to treat mental health shit long-term.”

Leggingsworth has since reportedly surpassed the 30-day prediction, and as a result had to give back all the money his family raised from the GoFundMe page they set up.