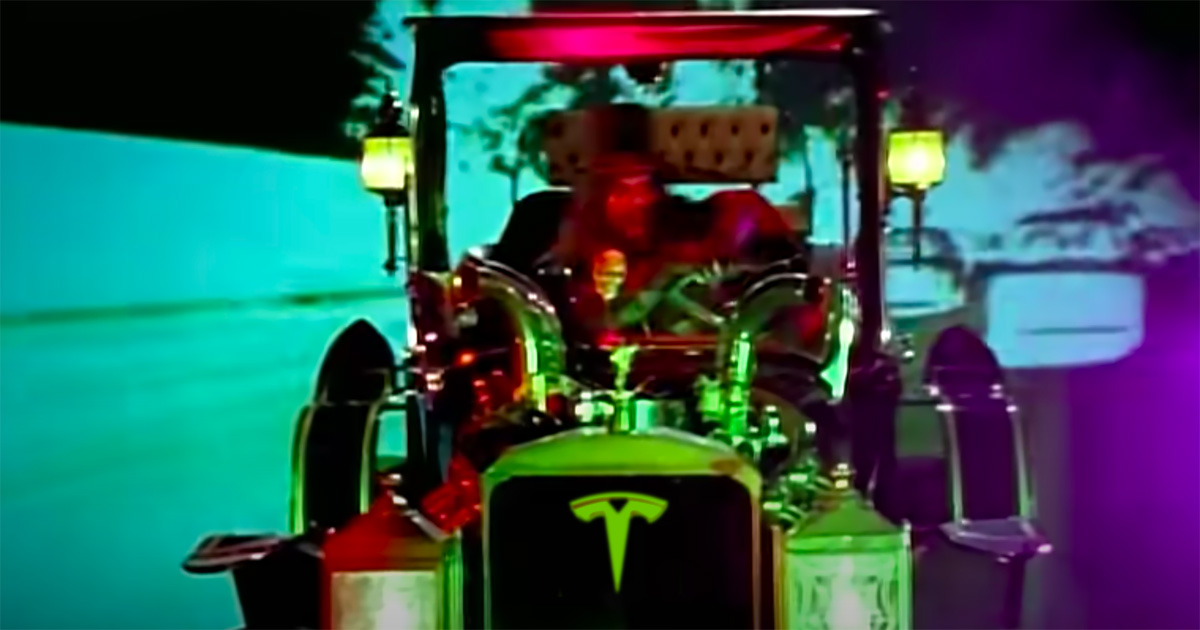 PALO ALTO, Calif. — Tesla recently revealed the prototype for their new self-driving Dragula that can independently dig through ditches and burn through witches, sources who couldn’t wait to slam in the back of one confirmed.

“This is going to completely revolutionize the demon-based auto industry,” said Tesla CEO Elon Musk, while assuring shareholders that the dramatic drop in company stocks as a result of the announcement was probably normal. “The coolest feature is most definitely the center console that connects directly to Hell. This automated access to eternal damnation is actually what powers the whole thing, so it doesn’t even need gasoline. You can also control the vehicle with your phone simply by summoning a demon through our app. Pretty cool, right? Anyway, we anticipate that by 2030 all metalheads will have switched over to our new autonomous Dragula for all of their ditch-digging and witch-burning needs.”

Members of the public couldn’t wait to get their hands on one of these evil drag racers.

“I’ve already sent Tesla a downpayment for this bad boy despite their so-called claim that they’re not accepting deposits just yet,” said fervent Tesla supporter Chaz Polymer while selling his Model S on Craigslist to make room in his bank account. “Sure, insurance costs are going to be through the roof since this vehicle exclusively deals and absorbs damage. But on the other hand, owning one of these is going to seriously impress my friends. That’s obviously the only reason to ever buy a sporty automobile.”

Robert Bartleh Cummings, known professionally as Rob Zombie, admittedly struggled for years to get the Dragula prototype to work autonomously.

“As an amateur mechanic of satanic vehicles that are used primarily for ill-intentions, I’ve been tweaking the technology on this roadster for years,” said Cummings. “However, I just could never get it to dig nor burn without the use of a human steering it. I got close once, but there were occasions where it would accidentally drive safely. If the public is going to accept driverless Dragulas as a whole, that just cannot happen whatsoever.”

At press time, Tesla announced plans to temporarily shut down production of the self-driving Dragula after one of them inadvertently mistook a pedestrian wearing fishnets for a witch.