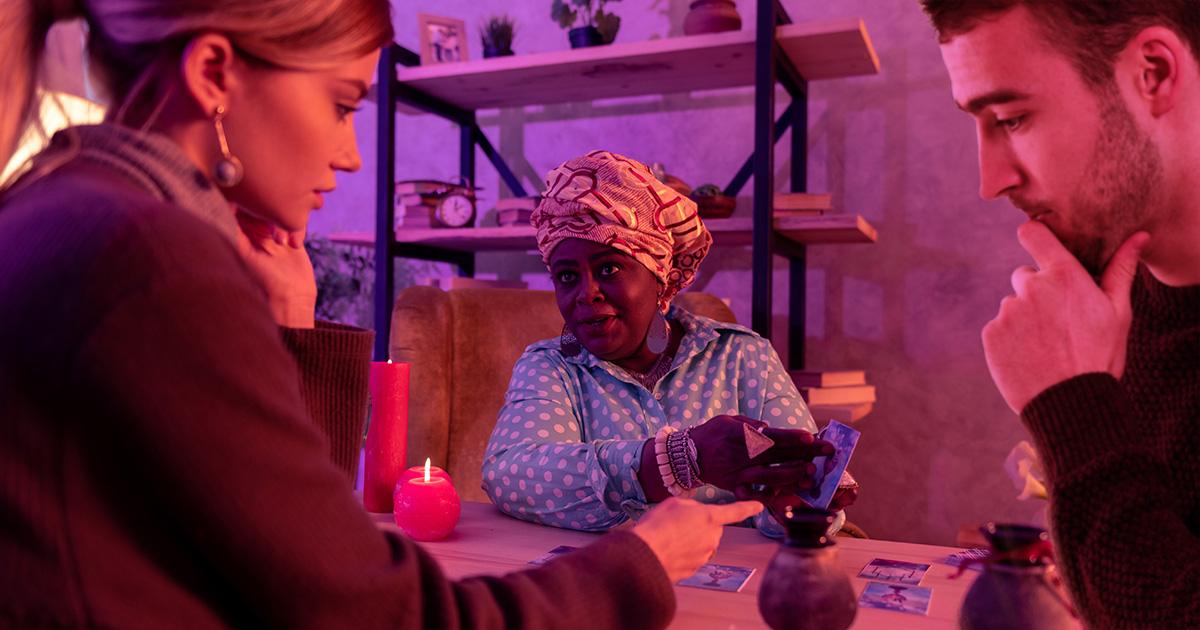 “My friend Beth had just bought these cute new tarot cards off Etsy and I thought it would be fun to do something a little witchy. Twenty minutes later I was leaving a voicemail on my boyfriend’s phone after the Moon in reverse told me we need to talk,” explained Commita who is currently staying in her mom’s guest room for a few days while she ‘works some things out.’ “It’s like those cards were staring into my soul. I had no idea that I was ‘magnanimously unfulfilled under Uranus’ until they told me I was, or at least the little pamphlet that came with the cards told me. It’s a shame that my relationship is basically over, but if that’s what The Magician says, then who am I to argue with fate?”

“It started out like a pretty normal Saturday. She left for Beth’s house and I walked over to the Y for my racquetball league. After I think the second round, I checked my phone to find a voicemail from Steph. I don’t know what ‘The Hanged Man’s halo is burning brightly’ means but I feel I made the right call bowing out of the rest of the match,” remarked Burnstein. “When I found out about the tarot cards it really just raised more questions. [Commita] has never really been the superstitious type, so it’s pretty confusing that she thinks we’re incompatible now that The Lovers came up in the past position, or whatever.”

“I cannot control what insight one will divine from the cards. They are merely a vessel to spiritual enlightenment,” said Manning, surrounded by way too many hemp seed candles. “If the cards showed Stephanie the flaws in her otherwise solid romance, then really it only helped her to realize it on her own. That is assuming that I actually did the reading properly. I’m really more experienced with Ouija.”

At press time, Commita and Burnstein had begun couples counseling with a practitioner known only as Doctor Alligator.