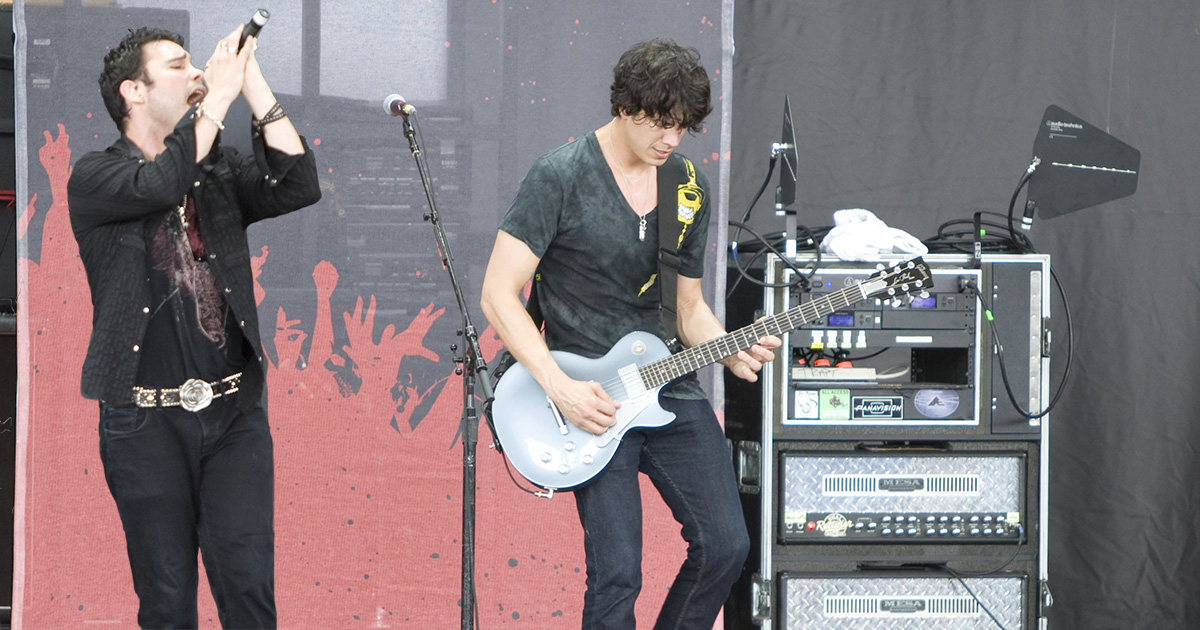 “Fuck that little pansy, soy-boy pussy,” said Trapt frontman and human restraining order Chris Taylor Brown. “My band is looking for a badass, free-thinking individual who doesn’t believe what the lame-stream media tries to force-feed us. If there is one thing Trapt refuses to do, it’s regurgitate the same sound bite over and over. We need a drummer who stands up to tyranny, and advocates for stripping basic human rights from anyone who tries coming into my country illegally. We can teach a person to drum; we can’t teach them how to view the world correctly.”

Frank Hermitage, a drumming hopeful from nearby San Jose, is eager to try out for the band.

“Yeah, man… pretty sure I got what it takes. I played the cymbals in the middle school band, and I had ‘Rock Band’ on Xbox 360. More importantly, I’d be a great fit for the band personality-wise, because I have a lot in common with [Brown] and I laugh my ass off anytime he tweets,” said Hermitage, who recently lost all custodial privileges of his children. “When he was defending pedophilia and said that he peaked at 15, I felt that, because I peaked in high school, too. I’m going to be so nervous when I meet them — I hope I don’t say something stupid, like, ‘Obama was born in America.’ That would be mortifying.”

For his part, Smith, who has yet to find another band to play with, is wishing Trapt’s future drummer the best of luck.

“Look, you can either try to rival how much of an asshole Chris is — and eventually you two will either get in a fist fight or bang — or you can put your head down, beat the skins, and ignore everything that’s spewing out of his fucking moronic face in front of you, night after night, until you feel hollow and empty inside.” said a dead-behind-the-eyes Smith. “The sooner you swallow your pride, the sooner you’ll be playing in front of a handful of people at a strip club, fighting with the dancers for the loose change being thrown on stage.”

Interested parties looking to audition can reach out to the band via Parler, 4chan, or your local Klan chapter’s next meeting.