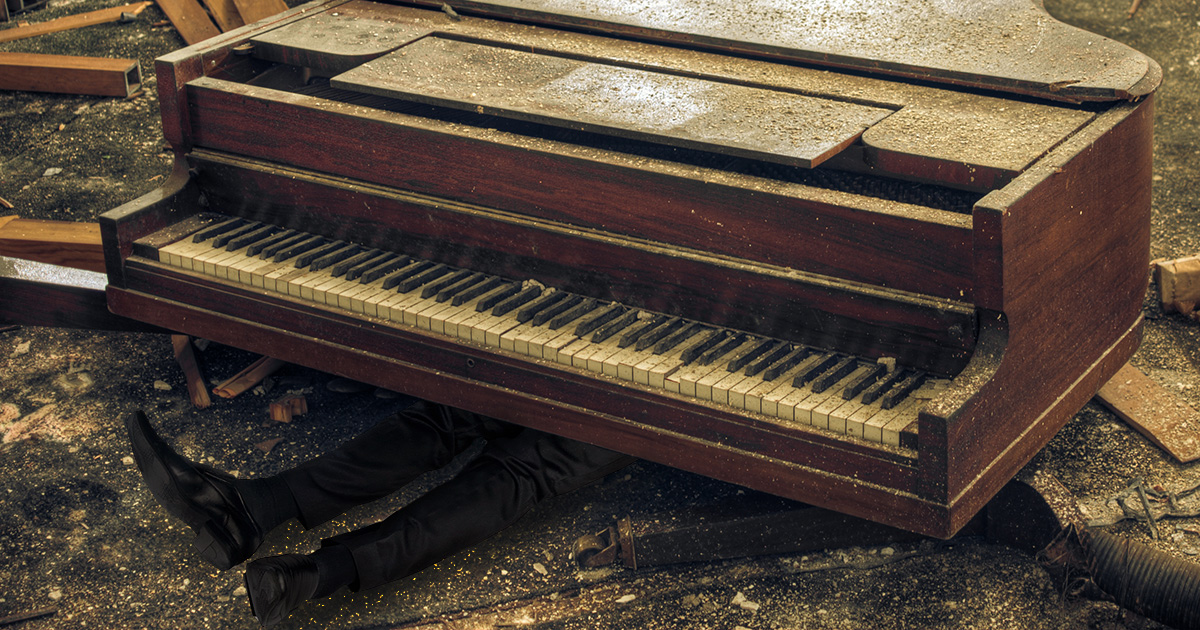 WASHINGTON — A CDC annual report detailing the various causes of death in the United States noted that “being crushed by a falling piano,” while unlikely, is the manner of death most likely to garner a laugh.

“We comb through tens of thousands of recorded deaths per year, so it’s not uncommon to see some real head scratchers. But one cause of death that always has us rolling on the office floor is the ol’ crushed by a falling piano bit,” said researcher Jim Franklin. “Accidental deaths are quite tragic, yes. But the circumstances leading to a piano death make it that much more hysterical. We usually find that the deceased had just stopped to pick up a quarter off the sidewalk, or had just been splashed by a passing car while being late for work immediately before being obliterated by a 700-pound grand piano falling from the top of a building, a bridge, or in some cases, a cliff in the middle of the desert.”

The impact of piano-related deaths has also mirrored the CDC’s sentiment within the funeral home industry.

“We do our best to ensure that every former loved one who enters our home is treated with the utmost dignity and respect. That being said, I’d be lying if I said we didn’t like to have fun every once in a while. I’ve seen quite a few piano deaths in my 40-year career, and the funerals we had for them have been absolute screamers,” said funeral home director George Blumenfeld. “I’ve always felt our services should be a celebration of life, so what better way to do that than to replace their teeth with piano keys, or make a tie stick up all bendy like an out of tune piano string in a cartoon? It can really take the edge off of an otherwise tense ordeal, and I’ve yet to hear a single complaint.”

Piano manufacturers have leaned in on their products inadvertently killing people, seeing it as free publicity.

“There really isn’t a huge market for baby grand pianos in this day and age, so when we hear that some poor sap gets flattened by one of our products we basically cut our marketing budget in half. No such thing as bad publicity,” said Steinway PR representative Joan Withers. “Our last commercial was just a picture of an obituary for a guy who was squashed by our K-52 model with ‘Yakety Sax’ playing over it. Our sales were up 300% that quarter.”

The CDC report also revealed the second and third funniest causes of death in 2020 were crashing into a wall painted as a tunnel, and trampolining off of an adjacent cliff, respectively.