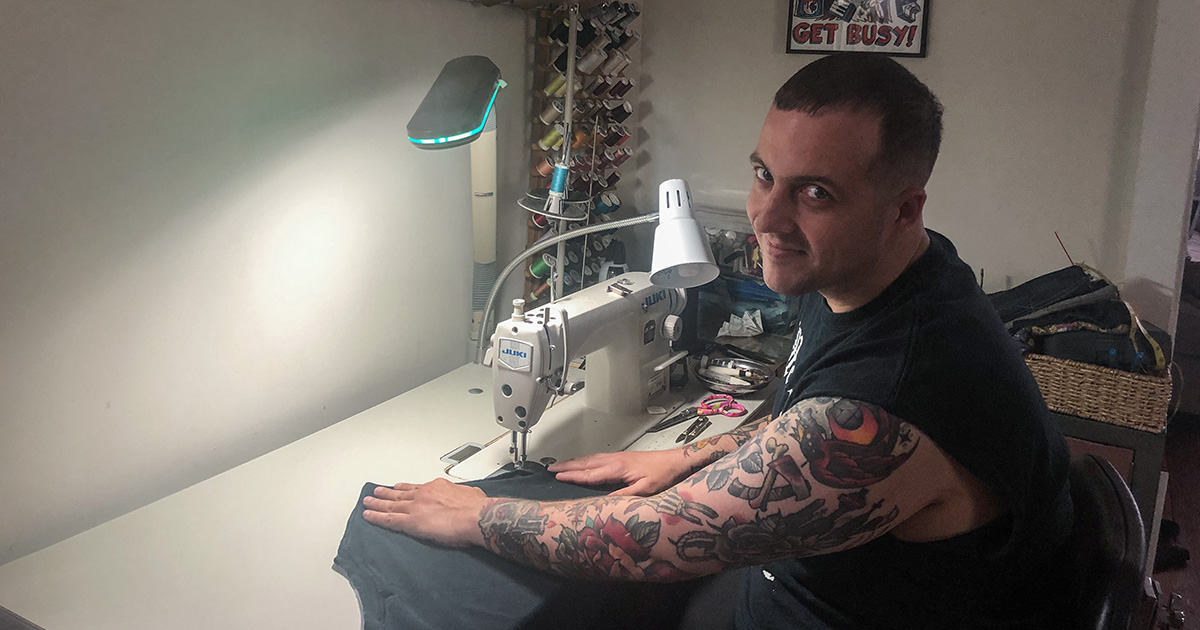 “I’m stoked for my sister’s big day, but I got one problem: nothing to wear. But I realized the Dying Fetus shirt on my closet floor — the only black T-shirt I have that’s not all faded— is perfect,” said Fetterman. “Plus, it’d make for an excellent conversation starter at the reception. The only problem was the sleeves were cut off, which is just a bit too casual for a wedding.”

Fetterman, attempting to learn how to sew to put the sleeves back on, said he’d “do anything for his big sis.”

“I watched a bunch of YouTube videos, but couldn’t figure out how to cross stitch… so I got real drunk and tried to wing it. Eventually, I just stapled the sleeves on,” explained Fetterman. “I also dug up some studded leather wristbands, which are just as classy as french fucking cufflinks if you ask me.”

Sister and bride-to-be Jane Fetterman reportedly appreciates her brother’s thoughtful, if misguided, efforts, and is glad he’ll be a part of her wedding despite his “unique temperament.”

“I asked if he’d do a Bible reading, and he agreed… but he insisted on some weird verse from Revelations about locusts and rivers of blood,” said Jane. “At first I was like, ‘Who knew the Bible was so metal?’ Then I immediately told him, ‘No way.’ Maybe he can just be an usher instead?”

Fiancé Brian Ruf admitted his future brother-in-law’s demeanor has been one of the more trying aspects of planning their wedding.

“I invited Brad to my bachelor party, but he said, ‘Fuck that’ and threatened to throw me a ‘real’ bachelor party,” said Ruf. “Yesterday, he chucked a six pack of Steel Reserve through my window with a note including latitude and longitude coordinates. I don’t know what he’s planning, but I’m terrified.”