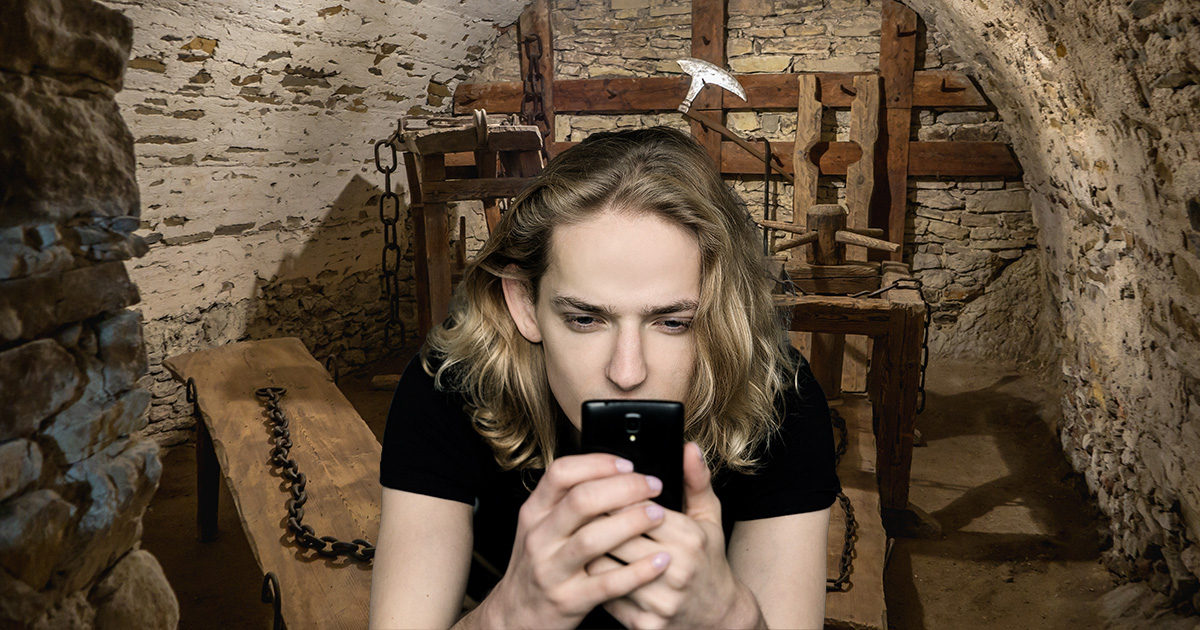 AMSTERDAM — Belgian metalhead Joost Lambert spent nearly four hours in the Museum of Torture yesterday looking up every item on display to see if any bands were already named after them, perplexed museum staff confirmed.

“I play lead guitar in a killer new band, but we’re really struggling to find a badass band name that conveys a message of, ‘We will kill you, painfully and slowly,’” said Lambert while recharging his depleted Android. “I’ve tried the usual tricks: borrowing books about wars, reading Lovecraft, and just browsing bad horror movies, but so far, nothing. Turns out most of these are already claimed in the Encyclopaedia Metallum, too. I can’t believe Breast Ripper was taken!”

Museum staff found Lambert’s behavior not only confusing, but distracting to other patrons.

“We get our share of weirdos in here, as you can imagine. But this guy is special. First, I thought he was just very into it and wanted to read more about each item online — he got really excited about The Judas Cradle, and then swore and walked away,” museum guide Pelle Jansen said while waiting for Lambert to finish. “There are children here trying to learn about these instruments of death; it’s no place for foul language. Plus, he breezed past some of the major attractions, like the Iron Maiden. I feel like this guy’s really missing out on the best parts of the museum.”

“Writing, recording, and producing a killer album used to be the hard part, but today, that’s just the beginning. The real hard work begins when it’s time to come up with a band name that isn’t lame as fuck. Over the last 10 years, we’ve seen a sharp increase in the number of bands that don’t make it past the demo stage, simply because there are no evil-sounding names available,” said Green. “A lot of bands resort to randomized names: they write down a dozen nouns on pieces of paper — preferably body parts — then a dozen more with evil-sounding verbs.
Then they just draw one of each and put them together. It’s how you get band names like Abdomen Defenestration.”

Lambert was last seen on his way home to a Zoom rehearsal with his band, tentatively named “Gift Shop in Basement.”