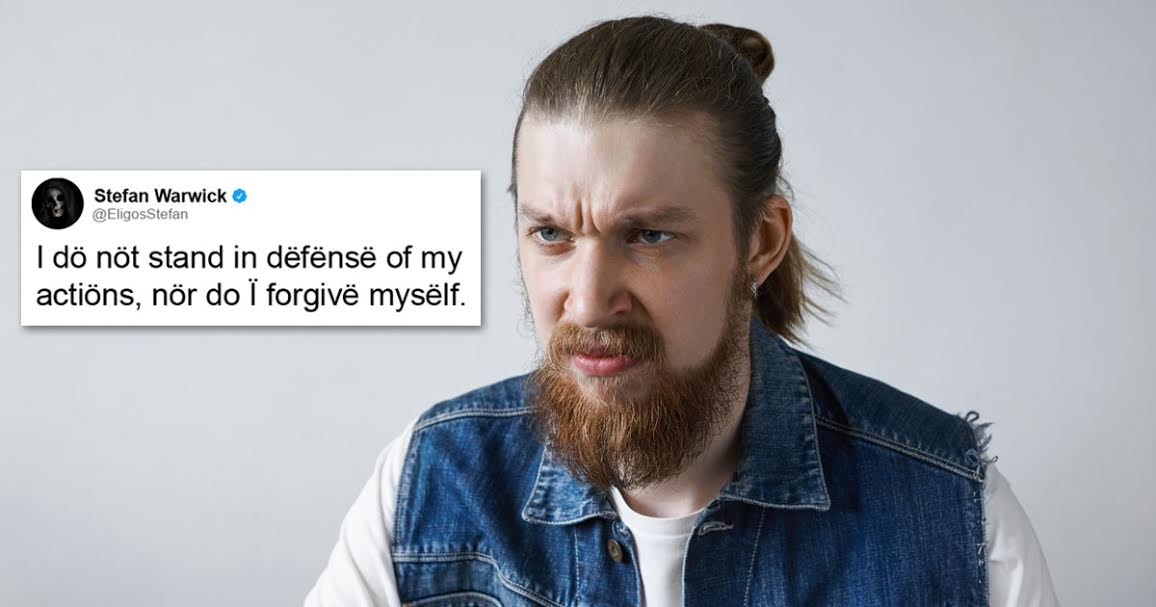 GRAND RAPIDS, Mich. — The guitarist and songwriter of a popular metal band was accused yesterday of using excessive umlauts in his tacit admission to numerous sexual assault allegations, multiple sources have confirmed.

Stefan Warwick, of black metal band Eligös, responded to the dozens of accusations with a statement many say managed to disrespect victims and the English language.

“When I first read it, it confirmed what I thought for a long time: the dude is a straight-up dirtbag,” said former fan Mandy Dorf. “But the way this sick bastard abuses sacred diacritical marks is absolutely disgusting. Do not sully umlauts with your indiscretions.”

While Warwick’s predatory behavior was overwhelmingly condemned, his grammatical misconduct has proven more polarizing within the mostly-male metal community.

“Maybe he’s just so deep into metal, he doesn’t even realize he’s adding the umlauts?” asked heavy metal journalist Alex Schmitt of the statement that read, “I dö nöt stand in dëfënsë of my actiöns, nör do Ï forgivë mysëlf.” “You can’t even pronounce that! The guy clearly needs help.”

“It’s a slippery slope,” she said. “First, our kids are listening to that Judas Priest and Def Leppards; next thing you know, they’re tossing around umlauts, and tremas, and those squiggly lines you sometimes see above an ‘n’ in Spanish, like they mean nothing.”

In addressing his own response, Warwick admitted he was “shocked and disappointed” by his misuse of umlauts and would be “seeking rehab for that, too.”

“I realize nöw the my desëcration of the Germanic umlaut is only the latest of my ever-growing list of terrible personal traits,” Warwick tweeted.