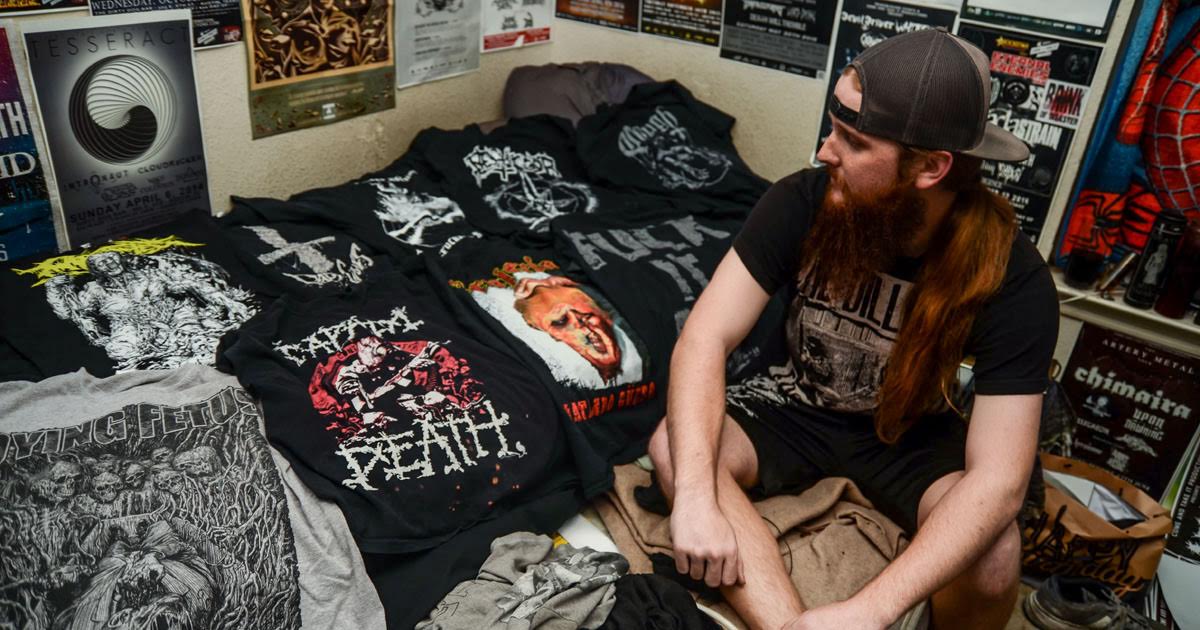 BOSTON — Local metalhead Timothy Bogart’s planned early arrival at the airport was derailed last week when he could not find a single non-offensive shirt in his expansive wardrobe, according to sources waiting in the car.

“When I had all my shirts laid out I realized I was sort of fucked, but I was running so late I just snagged one from the bottom of the pile and left,” said Bogart. “But when I looked at myself in the mirror, I realized maybe it wasn’t the best idea to wear my Cannibal Corpse shirt showing a naked woman in a torture chamber surrounded by demons with little, baby demons crawling out of her mouth and vagina, and another demon ripping through her stomach and eating her intestines at the same time.”

“I mean, I’m fine with it,” added Bogart. “I don’t get easily offended. But the TSA people are really uptight about shit like this.”

After his realization, Bogart reportedly tried to find another shirt in his luggage, but quickly found the majority of his clothing contained similarly offensive images or phrases. The self-proclaimed fashion aficionado swiftly developed a screening system to narrow down his choices.

Once organized, Bogart said he was left with few options that did not contain offensive imagery.

“I had two shirts that just had the band name on there: my Goatwhore shirt, and my ISIS shirt,” Bogart said. “I figured wearing the ISIS shirt might get me in more trouble than any of the other shirts I have, and the Goatwhore shirt will only get some weird looks, at worst. So that’s what I went with.”

After finally reaching the airport, Bogart was detained by TSA for almost an hour due to the spiked gauntlets he forgot in the bottom of his bag.