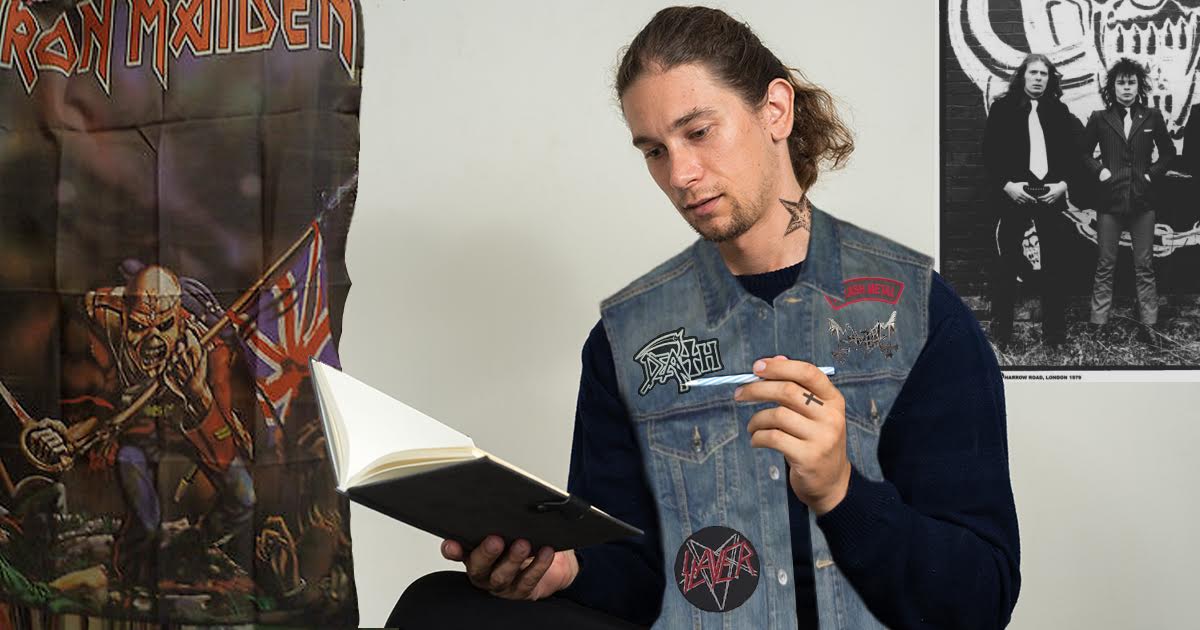 The song, titled “Dormant Desecration,” was written by Reid and his bandmates in one sitting at a recent practice. While the rest of the piece came together with relative ease, the line in question (which refers to a quickly rotting injury located on the anus of an unknown corpse) proved less than effective.

While Reid noted a few ideas have come close, he also added that “every-fucking-thing” he thinks of seems to fall just short of what he hopes to achieve with the piece.

Reid isn’t the first death metal lyricist in Northwestern Louisiana to have difficulty finding the right words. Upon hearing of his struggles, he was offered an empathetic consolation from “retired” SERPENTCHOKE lyricist, Derek “Death Punch” Dikkers.

“Oh, yeah. Been there, done that,” Dikkers said. “Sure, it seems real easy, but I’d like to see just any motherfucker find a way to join the phrase ‘bloated horse cunt’ with ‘pus-filled abscess on the face of your nightmare,’ and have it not sound totally contrived. Good fucking luck with that, buddy!”

With no resolution in sight, Reid is planning to visit his local library for both a rhyming and illustrated medical dictionary, the latter of which is “just for inspirational purposes and stuff.”