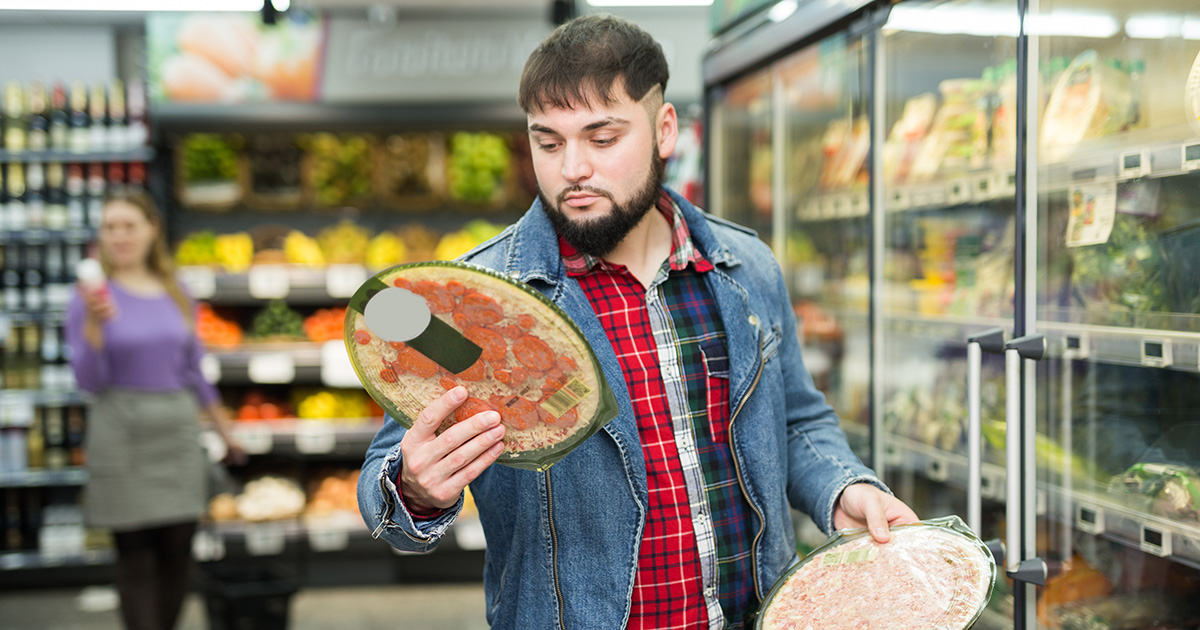 “I listened to this podcast about the overuse of social media and how it’s ruining our brains, so I stopped cold turkey. I mean, who gives a shit that all my exes are happily married and are actually doing something meaningful with their lives,” said Palmer, eyes glued to the back of a Totino’s Pepperoni Party Pizza Pack while contemplating what exactly “mechanically separated chicken”is. “It’s been kinda rough out here too, though. The pictures of these foods are all really a facade. They don’t actually look like that in real life. Or maybe they do, and I’m not competent enough to preheat my oven to 450℉, place pizza on a baking sheet, and bake for 13-15 minutes.”

Several concerned shoppers have complained to management about the gloomy customer hogging all the Lean Cuisines.

“I’ve got people that come in here happy as hell, ready to spend their cash on whatever. And as soon as they hit aisle A4, that fucking buzzkill ruins their day,” said worn out manager Antonio De Luca. “Look I get it, rent is too high and the ice caps are melting. But newsflash pal, my Hungry-Man dinners are defrosting while you’re groaning about whatever the hell thiamine mononitrate and monosodium glutamate is. Maybe you might find somebody if you didn’t spend eight hours a day bumming out random strangers.”

Leslie Huang, a professor of psychology at The University of North Carolina, has studied this phenomenon extensively in her recent work.

“It’s an interesting trend, one that is becoming extremely prevalent as adults are leaving social media sites in the hopes of leading a more fulfilling life,” said Dr. Huang. “One of my patients suffered from something very similar. After quitting Twitter, she searched far and wide for a replacement where she could endlessly scroll through horrendous takes by out-of-touch millionaires complaining about complex sociopolitical issues in modern day America. Thankfully, she found her solution by watching ‘The View’ every single day, but for others like Mr. Palmer, there may be no hope.”