Black Metal Band to Vote for Greater of Two Evils 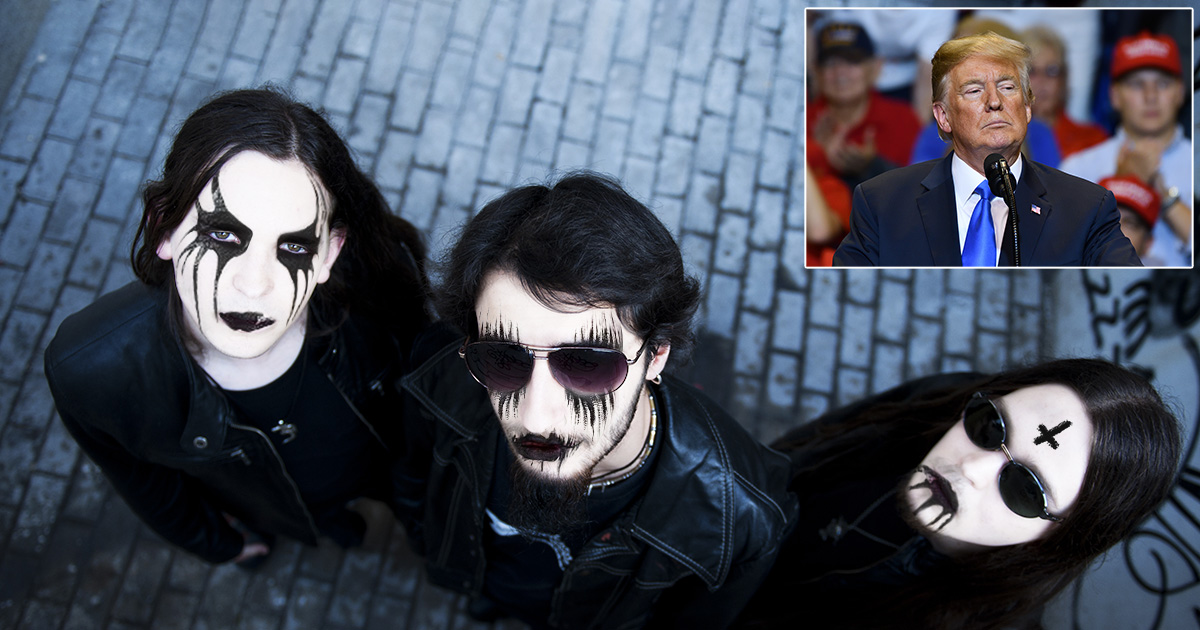 “We hereby endorse Donald J. Trump for President and fully support his effort to keep America vile,” said the band’s singer Lance “Bloodwart” Follicker while adding a handful of inverted cross patches to his extra large “Trump 2020” flag. “If anything, that guy isn’t evil enough. Sure, he’s unequivocally malevolent and has single-handedly helped kill over 200,000 Americans just this year without a single gesture of empathy, but he’s not nearly as willfully evil as Mitch McConnell, who would quite possibly be the most ideal presidential candidate we’ve ever seen. I guess we’ll have to settle for the slightly lesser of the greatest of evils this time around until ‘Malicious’ Mitch runs for President himself.”

However, not all members of the electorate agree on which candidate is the most heinous.

“Trump isn’t evil at all in the eyes of the evangelical community — he’s like the modern day Jesus without all that politically correct kindness nonsense,” said Gary Wondersmith, guitarist for the Christian metal band White Sabbath. “If you really think about it, Trump is the most Christian president we’ve ever had… you have to really, really think about it though. Now, Biden, that guy is evil. I read online that he runs a secret sex cult with Jeff Bezos out of a closed down Old Country Buffet. As a Christian I want to vote for Trump, but as a metalhead, my heart says Biden.”

Indeed, experts have noticed a trend of voter turnout based solely on a candidate’s behavior.

“A lot of voters out there are single-issue voters, and for Metalheads, it’s what candidate would they most like to slaughter a goat with — some of them just happen to make diabolical corruption and the uncanny ability to make others suffer their sole issue,” said political strategist Hanna MacIntrink. “Let’s face it: being good and wholesome is bland. What captivates the American people is a blatantly nefarious candidate who regularly promotes hurtful rhetoric.”

Records show Nocturnal Defacement voted early by mailing in their ballots with several hand-drawn pentagrams and “666” markings on each of their envelopes.