Sustainability King? This 32-Year-Old Still Uses a Spider-Man Beach Towel as His Only Towel 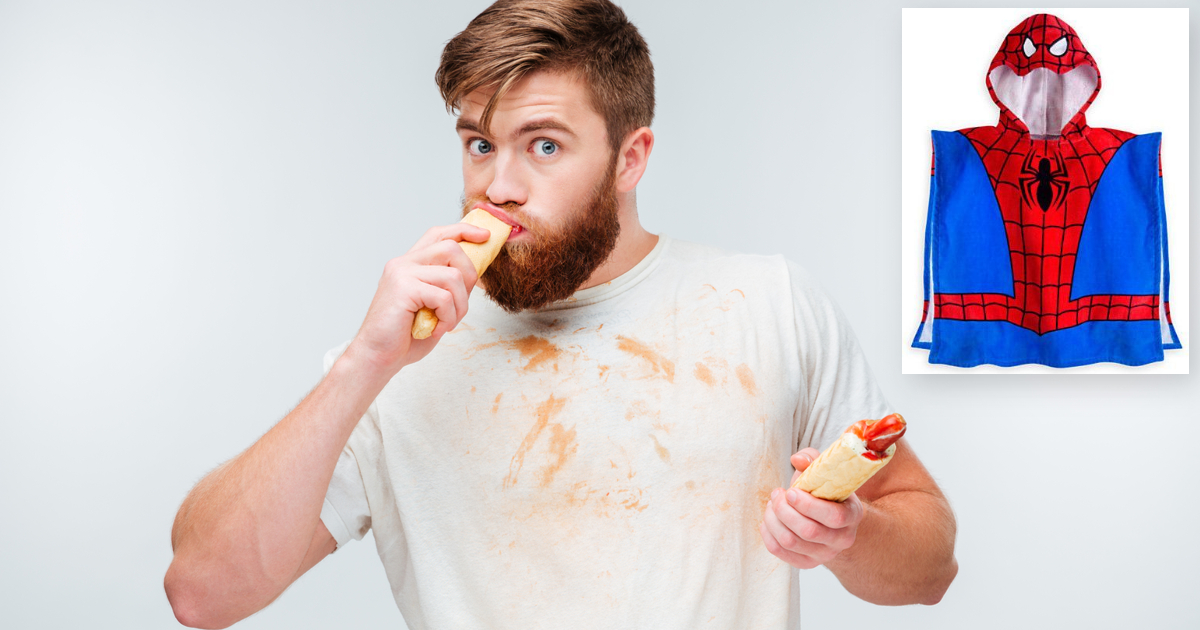 Did we just discover the next Greta Thunberg? This 32-year-old environmental conservation warrior is keeping his carbon footprint small by using the same Spider-Man beach towel since he was sixteen years old! What was once a mindless birthday gift from his aunt in high school is now the metaphorical rock upon which our sustainability king victoriously stands. It’s also the literal towel that he’s used to dry off since the Bush administration. It doesn’t matter how stretched and thin it’s become over the years; our hero, Bruce Walden, refuses to get a new one.

Look at that thing! It’s tattered, smells like it’s never been washed, and it has a very suspicious brown stain on Spider-Man’s head. Nevertheless, our planet’s need for a savior calls out to Bruce and he heeds that call. That towel isn’t going anywhere. Although that thing looks like it could give him black mold poisoning, Bruce refuses to purchase a set of towels like a real adult, no matter how much his friends and family plead. They simply do not care enough about the future of our planet. Thank you Bruce for your heroic contribution to our failing ecosystem!

Sure, there are a few negative consequences to our radical rebel’s mindful decision. For starters, it’s super hard for him to maintain a relationship after they notice that the Spider-Man towel is not just the only bath towel in the house, but the only towel. He also uses it as his only dish towel, hand towel, and occasionally to wipe his ass in dire circumstances. Unfortunately, it means showering is not an option for his guests unless they actually like the feeling of a towel that somehow manages to be both crusty and damp.

The Spider-Man towel isn’t the only way our eco-activist champion is cutting back. Did you know that the button-up he wore to his high school prom is still the only dress shirt he owns? And he’s still using the same twin bed his mom bought him senior year of college. In an age where mountainous landfills are overflowing with wasted Amazon boxes, we marvel at how Bruce resists the pressures of consumerism.

Thank you, Bruce. Thank you for being the conservation warrior society needs right now. Sure, that thing reeks like a dead animal, but you refuse to waste money on something you already own. And hey, once that towel finally rips in half, then you’ll have two towels, and we can finally shower at your place.